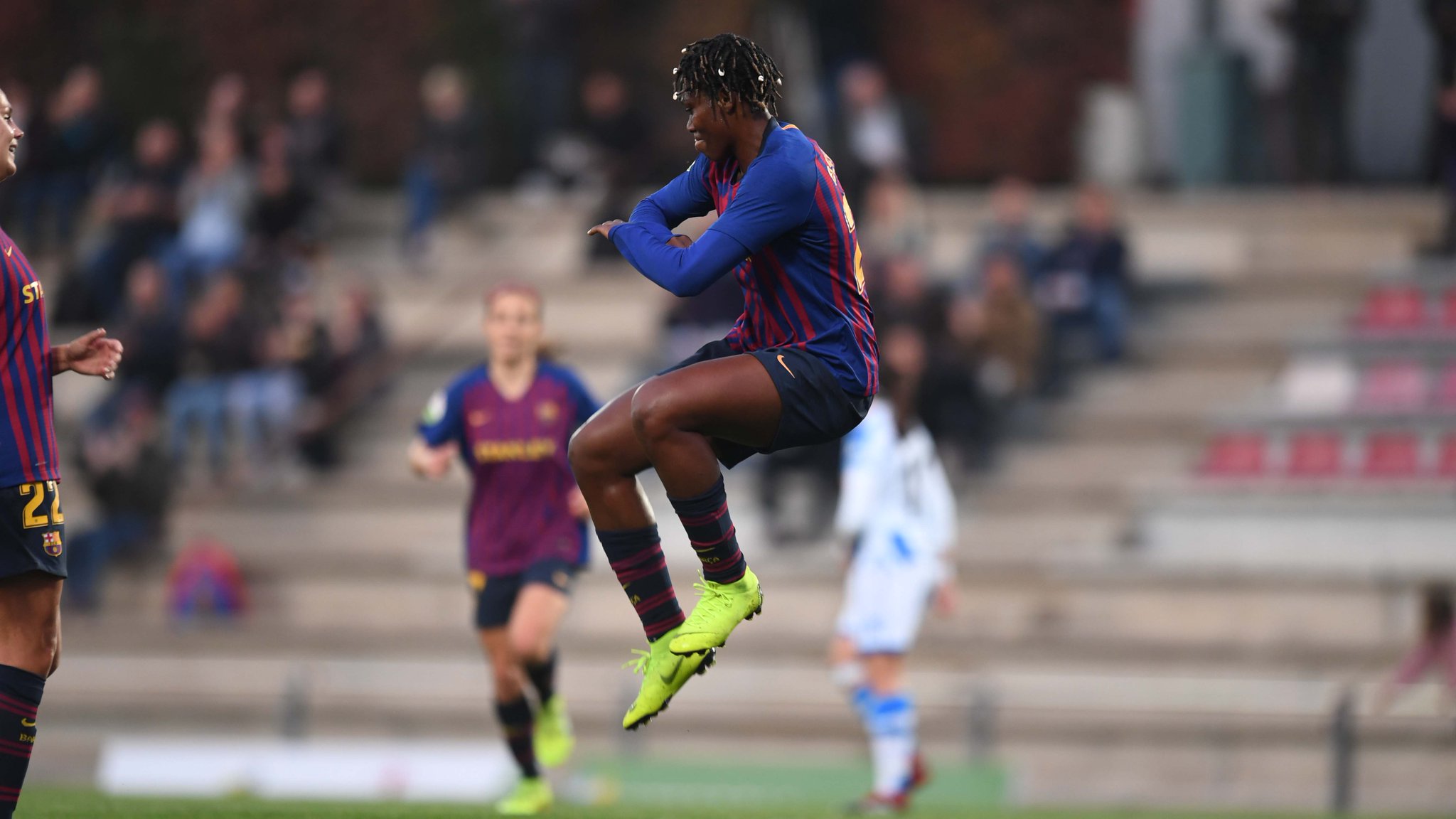 Super Falcons striker Asisat Oshoala  scored 2 goals on her return to league action for Barcelona in their 6-2 win over Sevilla at the Mini Estadi on Wednesday afternoon.
The 24 year-old Nigeria international had been out of action due to a hamstring injury for over a month, missing Barcelona’s last six games in all competitions before making a substitute appearance in Sunday’s UEFA Women’s Champions League win against Bayern Munich.
She tweeted after the game: First #LigaIberdrola game back from injury… TWO GOALS!
Lieke Martens opens the floodgate for Barcelona Ladies in the 11 minutes of the encounter before Oshoala scored her brace in the space of four minutes, the first coming via a header in the 30th minute.

Sevilla’s Karpova pulled one back in the 36th minute before Mapi Leon’s own goal in the 39th minute gave Sevilla some hope to make it 3-2.
Stefanie van der Gragt’s strike in the 42nd minute restored Barcelona’s two-goal cushion and goals from Aitana Bonmati and substitute Candela Andújar in the 63rd and 83rd minute condemned Sevilla to their fourth defeat in six matches.
Oshoala, on loan from Chinese Women league side Dalian Quanjian, was later substituted for Claudia Pina in the 67th minute.
She has been superb for Barcelona, scoring seven goals in six league matches for the Catalan ladies who are top of the Primera Division Femenina.

‘We left in tears’ – Nigeria still reeling from early…