European giants Barcelona and Juventus could be set to make a move for Chelsea winger Willian, with the Brazil international’s contract coming to an end this summer. 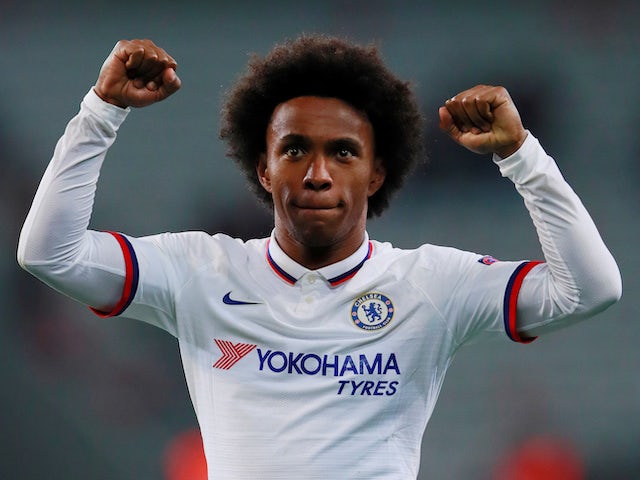 The Spanish and Italian champions will look to make a pre-contract agreement with the 31-year-old in January, but Blues boss Frank Lampard has suggested that he wants Willian to stay.

Willian, who turned 31 in August, has just one year left on his contract and can therefore leave Chelsea as a free agent.
Barcelona are still interested in Willian and may look to make their move next summer.However, they will pursue his arrival on one basis: if he doesn’t renew his contract with the Blues.From Barcelona’s perspective, they consider the forward’s arrival as a market opportunity as he would be a high-quality signing for no cost, at
least with regards to the transfer fee.

Willian, as noted, is now in his early 30s but he is still one of the best wingers in Europe, as demonstrated with his performances at Chelsea over the last couple of seasons, regularly chipping in with goals and assists.

His versatility is another asset, with Willian able to play on either the right or left wing, so he should fit seamlessly into Barcelona’s traditional 4-3-3 system, something new signing Antoine Griezmann has thus far struggled with.Back in 2018, Barcelona were determined to bring Willian in the club, however Chelsea’s 80 million euro valuation put a halt to those negotiations.