Beni Baningime waiting for the next level

Beni Baningine has waited enough for a dream move to launch his career to the world. 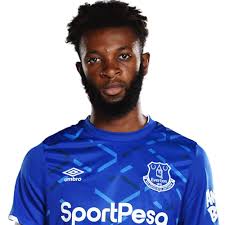 The Congolese youngster appeared primed to move to Denmark in the summer, but when that move fell through, he was forced to remain at Everton.

Despite the uncertainty at the club during the final days of Marco Silva’s tenure, or the injuries they’ve suffered in midfield, he still hasn’t got his opportunity to build on the minutes he played during the 2017-18 season.

David Unsworth has been overseeing the 21-year-old’s progress in the Toffees’ U-23 team, but Beningime is at a stage where he could do with competitive minutes to take
the next step in his career.

Emirates Stadium to host Joshua vs Pulev fight in May

Why I am quitting Chelsea role, Petr Cech reveals