The 28-year-old had signed for Cardiff in a club-record £15million move from Nantes last month, but was killed when the private plane carrying him crashed in the English Channel near Alderney. 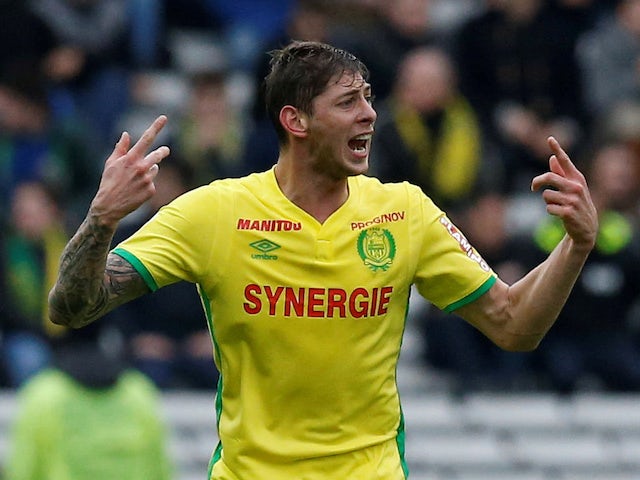 Sala’s body was recovered from the wreckage last Thursday. Pilot David Ibbotson remains missing, with funds being raised to continue the search, to which Cardiff owner Vincent Tan has made a personal donation of £50,000.

A club spokesman told Press Association Sport that Warnock and Choo will be part of a Cardiff delegation attending the funeral in the town of Progreso in the Argentinian province of Santa Fe.

Cardiff do not have a game this weekend as they are out of the FA Cup, and the club delegation is expected to be back in south Wales on Sunday or Monday.

Sala’s body will be repatriated to Argentina on Friday ahead of a wake at boyhood club San Martin de Progreso the following day.

San Martin de Progreso posted an emotional tribute on Facebook, saying: “We are waiting for you…like the first day you left but this time to stay with us forever.

“You went and you are an example for everyone. Eternally in our hearts.”

Ouest France have reported that Sala’s former club Nantes will be represented at the funeral by central defender Nicolas Pallois and general secretary Loic Morin.

Pallois, a close friend of Sala, will miss Nantes’ Ligue 1 game at Monaco on Saturday to attend the funeral.

Cardiff have pledged to continue working with the Air Accidents Investigation Branch to establish how the single-engine Piper Malibu aircraft came down in the English Channel on June 21.

In a statement released last week, Tan said: “Cardiff City will continue to work with the AAIB and investigators to find out how the crash happened and to assist Emiliano’s family.

“We have offered to them to arrange to take Emiliano back to rest with his family in Argentina.

“Even though he will be there his soul will always be in our hearts. We feel a tremendous loss but the biggest loss is borne by Sala’s family. “

We have not given up on Onyekuru—Everton

Igahlo gets number 9 jersey at Shenhua

Messi could make a sensational return to boyhood club…