Chelsea have re-opened talks to keep Willian after he rejected an offer from an unnamed Chinese club, but remain unwilling to offer more than a two-year contract. 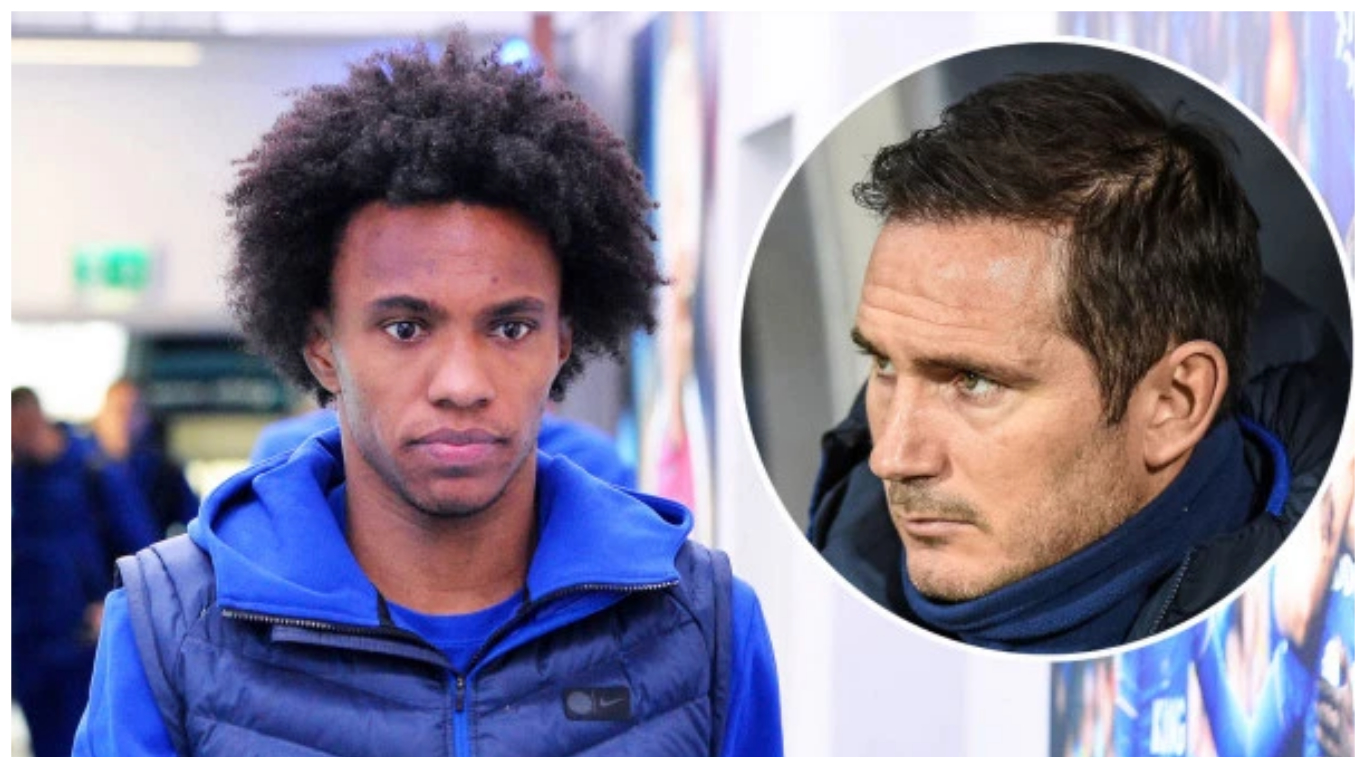 The 31-year-old has already publicly voiced his desire for a three-year deal at Chelsea and if he leaves Stamford Bridge he will opt to stay in England, preferably with a big London club.

Frank Lampard’s side are aware of interest from Arsenal and Tottenham and the Blues boss is keen to keep his winger away from his rivals, amid a spell of good form.

Chelsea previously only offered one-year deals to over-30 players but they have since re-evaluated their strategy that ran between 2011 and 2018.

After signing Olivier Giroud from Arsenal in 2018, they broke their one-year contract policy and proceeded to offer David Luiz a two-year deal before selling him to Arsenal for £8 million last summer.

Indeed, Willian’s performances on the pitch have given Chelsea little reason to withdraw from talks as he chases his best goal-scoring season of 13 after netting his ninth and 10th goals of the season in the defeat to West Ham.

His good run of form comes after Chelsea agreed to a deal to extend his stay at the club until the end of the season , along with Pedro, just hours before the deadline from the Premier League.

However, Pedro will leave upon the completion of the season with Roma having agreed on a pre-contract for the former Barcelona winger.

Chelsea’s interest in keeping Willian comes as high-profile arrivals are soon to join up at Stamford Bridge with a £47.5 million deal already agreed for RB Leipzig’s Timo Werner and the £37m signing of Ajax’s Hakim Ziyech.

Along with these two, Chelsea are determined to do further transfer business and Leicester City’s Ben Chilwell leads their priority list with Bayer Leverkusen’s Kai Havertz and West Ham’s Declan Rice also being considered.

With these signings will come player sales and interest is ramping up for several Blues stars including Emerson Palmieri, who has had further contact from Inter recently. Juventus and Napoli are also monitoring his situation.

Lampard refused to add further fuel to the fire when questioned about Emerson ahead of his side’s upcoming match against Watford on Saturday night.

“I’m not aware of the talks, what I am doing is focusing on the team and the squad day to day,” Lampard said at his press conference on Zoom. “I don’t have any real conversations about the transfer window, whether it’s about who we might bring in or who might leave the club.

“Those are obviously questions we do have to answer come the end of the season when the window opens, but I certainly don’t want to be swayed by rumour or gossip, and I’m not involved in it so we’ll keep working.”

‘Messi would reunite with Guardiola or play with Ronaldo at Juve’