The former Nigeria U20 and U23 international uploaded a picture on his Instagram account immediately after the surgery held at the Rashid Hospital Trauma Center, last weekend. 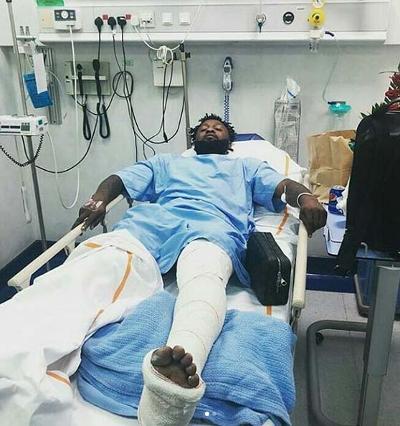 “Successfull Surgery 🙏🙏… Thank U All For Your Prayers 🙏🙏.

“It breaks my heart that I’m going to be out for few weeks but that’s the game it comes with injuries!!!! Coming back stronger 💔💔💔💪💪💪 @raheem_lawal #raheemlawalfanpage #alittihadkalba,” he said along with the picture.

Lawal last played for Turkish Süper Lig side, Osmanlispor but injury was his greatest undoing. He was released following the team’s relegation.

The 28 year old joined the United Arab Emirates side last month on a one year deal with an option of additional one year.