Nigeria’s Super Eagles  have leaped to the 33rd position in the latest FIFA rankings following its third place finish at the Africa Cup of Nations in Egypt. 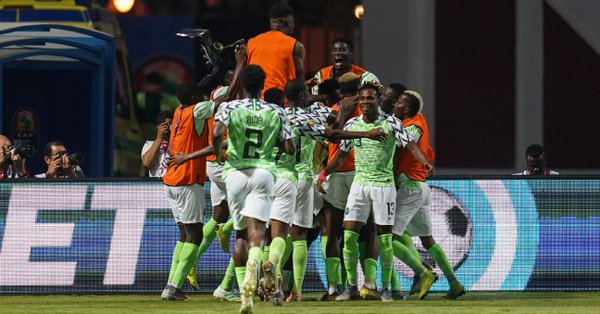 Eagles climbed 12 places, from 45th to 33rd position and are now third in Africa behind Tunisia who are 29th and the Teranga Lions of Senegal who are 20th in the world and number one ranked team in Africa.

Newly crowned AFCON champions, Algeria  made the biggest moves both by places and points in the global ranking, going up from 68th to 40th and gaining 117 points.

Nigeria won the bronze after a lone goal victory against the Carthage Eagles of Tunisia.

The Super Eagleswon five and lost two matches against debutants Madagascar and Algeria.

Belgium are ranked No.1, while Brazil climbed moved up to the second from the third position following their Copa America triumph. France, England and Uruguay make up the rest of the top five teams.

The next FIFA world ranking will be published on September 19, 2019.

How blockchain technology can help sports development in Nigeria

Marco Guida to call the shots in Bayern, Dynamo showdown