By Ade Ojeikere Last updated Jul 24, 2019 0
Super Eagles head coach, Gernot Rohr will see off his contract which will expire next year

Nigeria’s senior national team’s chief coach Gernot Rohr is scheduled to depart Lagos for Bordeaux in France tonight to rest his limbs and plot his strategies ahead of Super Eagles’ first game against the Squirrels of the Republic of Benin at an unknown venue in Nigeria on November 11. 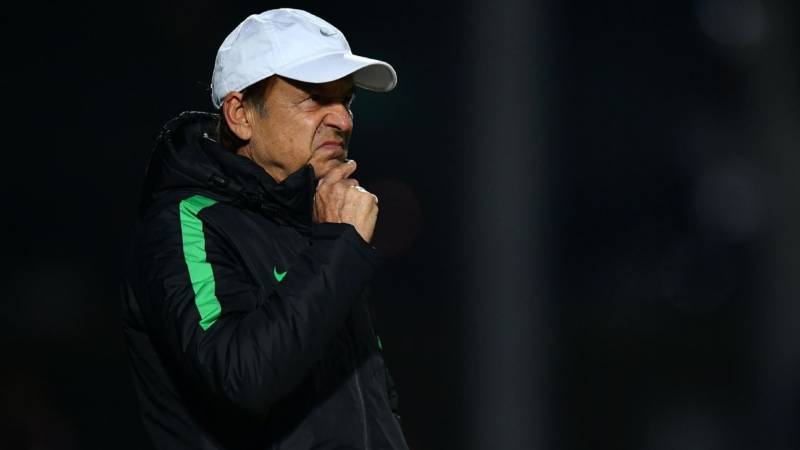 Sportinglife.ng gathered exclusively on Wednesday night that Rohr is slated to travel with Eagles midfielder Samuel Kalu to Bordeaux, where the Nigerian international plies his trade, having attended two ceremonies in Lagos. Eagles manager expressed satisfaction with the two sponsors of the team for their commendable contributions to the players, coaches and backroom staff during the concluded 2019 Africa Cup of Nations in Egypt, which the Desert Warriors of Algeria won by beating the Teranga Lions of Senegal 1-0 in a nail-biting final game penultimate Friday.
Sportinglife.ng scooped further that Rohr, who arrived in Lagos on Tuesday with the intention of meeting with the president of the Nigeria Football Federation (NFF), couldn’t achieve this objective since Pinnick was busy with the FIFA inspection team led by renowned television broadcast guru Mainasarawa Illo in Benin City to see some of the facilities earmarked to host the matches of the FIFA Under-20 World Cup tournament in the state capital.

Read Also: Rohr: NFF must arrange refresher courses for Nigeria coaches
Not much was divulged to Sportinglife.ng if Rohr would meet with Pinnick before he flies out of the country tonight since the NFF boss is on a scheduled tour of facilities picked for the FIFA Under-20 World Cup tournament to be hosted by Nigeria next year.