Super Eagles goalkeeper, Francis Uzoho is excited that his move to Cyprus where he has pitched tent with  Anorthosis Famagusta started on a winning note. 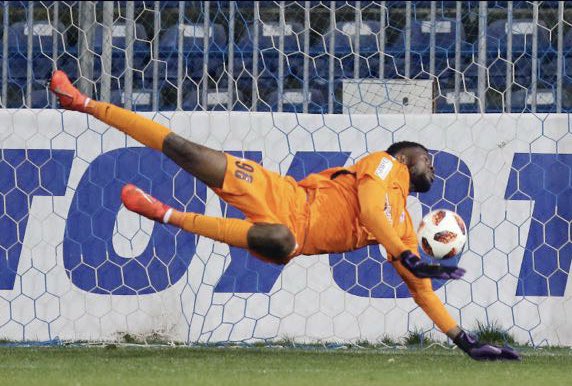 The Nigerian who moved to Cyprus from Spain was in goal for Anorthosis who defeated Apollon by a lone goal.

Uzoho who signed a six month loan deal with the Cyprus club on last week after his loan move to Spanish Segunda side Elche was terminated by his parent club, Deportivo La Coruna took to Twitter to celebrate the victory

“It’s just a matter of when but i will definitely get there! Happy my debut came with a win and clean sheet ????
IN CHRIST ALONE” he wrote oh his Twitter handle.

He is expected to be in goal when Nigeria host Seychelles in their last Africa Cup of Nations qualifier in March.

Bad day for Iwobi  as Arsenal fall to Man City

Nadal: Wimbledon loss to Djokovic was harder than Australia Open