By Our Reporter Last updated Jun 13, 2019 0
Super Falcons have said they will be gunning for at least a point against hosts and tournament favourites France when both teams clash Monday night in continuation of the Women’s World Cup. 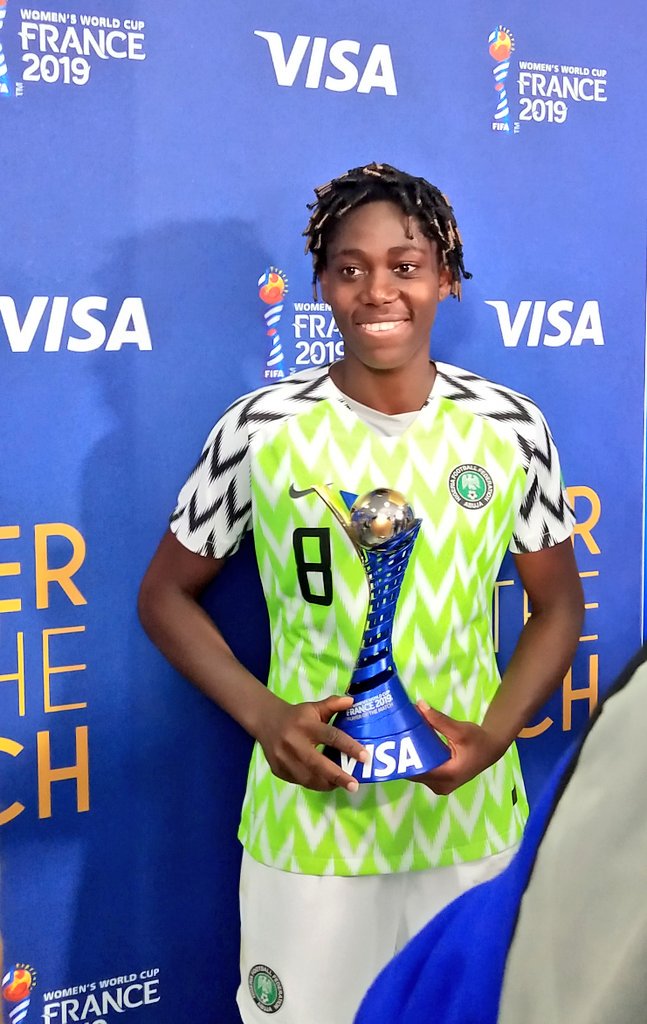 France top Group A with six points after two rounds of matches after a hard-fought 2-1 win over Norway Wednesday night.
Norway remain second in the standings as they have a better goals difference than Nigeria, who are on the same three points.
Asisat Oshoala was the Player of the Match against Korea after her second-half goal sealed a massive victory for the African champions.
The Barcelona forward the Falcons have everything to play for when they face France Monday night in Rennes from 8pm Nigerian time.
“The group is wide open now. We just have to concentrate now on making sure we get the points we need against France,” she said.
Coach Thomas Dennerby said he hopes his team get a result in their final group match, which has been sold-out, and not necessarily by playing a defensive game.
“Now we go to play France, a really good team. If we can come out with a point everyone would be extremely happy,” said the Swedish coach, who praised the tactical discipline of the Falcons against Korea.

Read Also: Our match against Falcons a must win  – France Coach

Real ‘prioritise’ Rudiger deal with ‘no intention’ of…