Gentleman Cuadrado may opt for Jersey No.49

Columbia international and Juventus forward Juan Cuadrado is not one to lose sleep over a situation he cannot change.

The 30 year old just back from national assignment where he joined the Columbia team in the battle for honour at the just concluded World cup in Russia was still in Russia when the news of Cristiano Ronaldo’s move to Juventus seized the headlines across the globe. 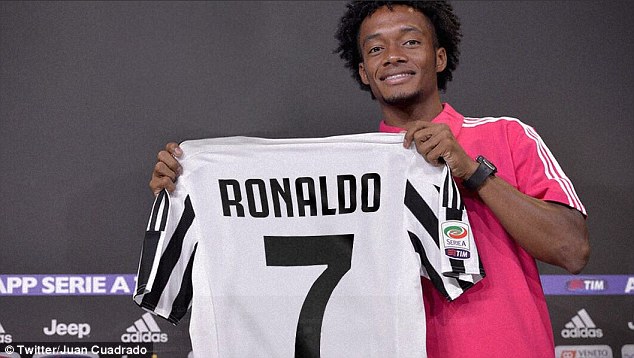 Ronaldo who was equally at the world cup was however not just headed for Juventus for a whooping £100m but billed to take his customary jersey number 7 which prior to the transfer was the jersey number for Cualdrado.

While some players could have made an issue out of the situation, Cauldrado, is not only giving up the number seven shirt, but has even conducted his own pool among fans to suggest his new Jersey number.  The poll according to Mailonline indicates that he is likely to wear jersey No 49 when the new season begins.

Cuadrado brought some fun to an awkward situation after being forced into giving up his No 7 shirt. He let fans on Twitter pick which number he should take instead, giving them four options.

Cuadrado initially took to twitter to tell fans he had given his jersey to Ronaldo, following the £100m deal to bring the Portuguese star from Real Madrid. 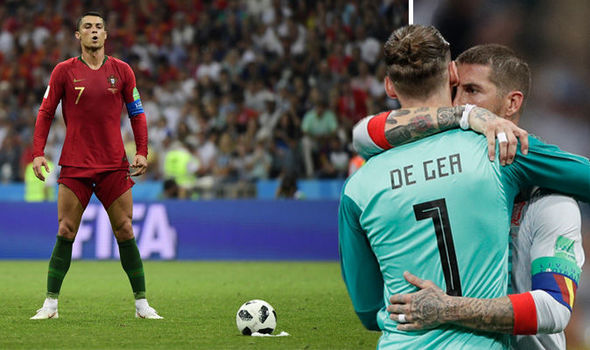 The 30-year-old held up the Ronaldo No 7 shirt and said: ‘More blessed is to give than to receive; @cristiano many blessings in this new adventure.’

The poll received over 150,000 votes and the winning number was 49 with 34 per cent of the vote, but Cuadrado is yet to confirm which new number he will take.

Ranking: Serena Rises to World No 28 after Wimbledon