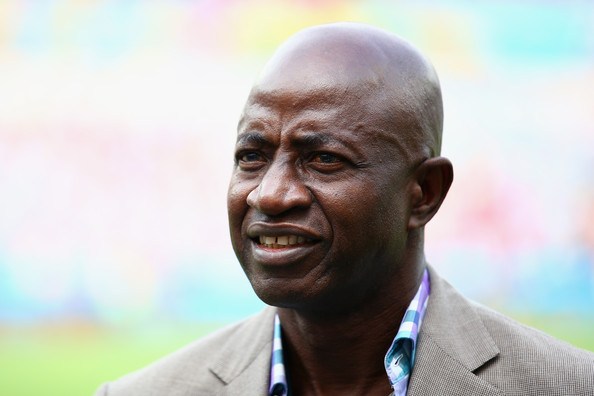 Ex-Nigeria international and sports administrator, Segun Odegbami, on Monday urged an African country to bring  the World Cup to the continent.

Odegbami said that instead of mere participation in the tournament, it was time an African country to  return  home with the cup which had eluded the continent since the championship started in 1930.

The sports administrator was reacting to the outcome of the just concluded Russia 2018 World Cup  which France won by defeating Croatia 4-2 in the final in  Moscow.

France won the World Cup for the second time in a spectacular style in one of the most entertaining and action-packed games of the tournament.

The ex-international stressed the need for an African country to work hard so as to join the list  of  World Cup winners.

Odegbami, however,  commended France for their brilliant efforts to win the 2018 World Cup.

According to him, the trophy went to the team that deserved it, adding that the French team used the final match to stamp their foot in the competition.

“I salute France and all our African brothers in the victorious team for doing the black man proud,” he said.

Gentleman Cuadrado may opt for Jersey No.49