Gomez Out for Six Weeks after Fracturing Lower Leg 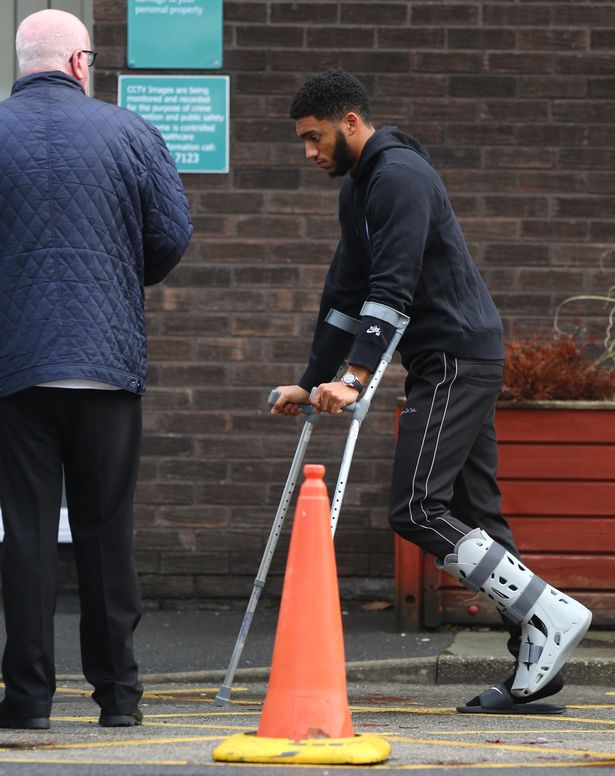 Joe Gomez is facing up to six weeks on the sideline after fracturing his lower leg in Liverpool’s 3-1 win over Burnley.

The Reds star was injured in a challenge with Clarets defender Ben Mee, and was forced off just 23 minutes into the match at Turf Moor.

The centre-back was carried off on a stretcher as Jurgen Klopp and Sean Dyche clashed on the touchline.

Gomez went for scans on his leg today while on crutches, and is now set to miss the entire festive period.

The injury is a huge set-back for Liverpool on their quest to win the Premier League title this season.

Gomez has become a crucial member of Klopp’s new-look Reds side, who are right on the trail of defending champions Manchester City.

Klopp is a big fan of the youngster, who has become a perfect centre-back pairing for the world-class Virgil van Dijk.

Gomez has also been deployed on right-back this season – as he was in Liverpool’s Champions League clash with PSG – and will be a huge miss going into a crucial period for the club.