Guinea Coach warns: We’ve to be well prepared against Nigeria

Guinea Head Coach Paul Put has charged his wards to prepare for a tough battle against the Super Eagles of Nigeria in today’s Africa Cup of Nations second group B game at the Alexandria stadium, Egypt. 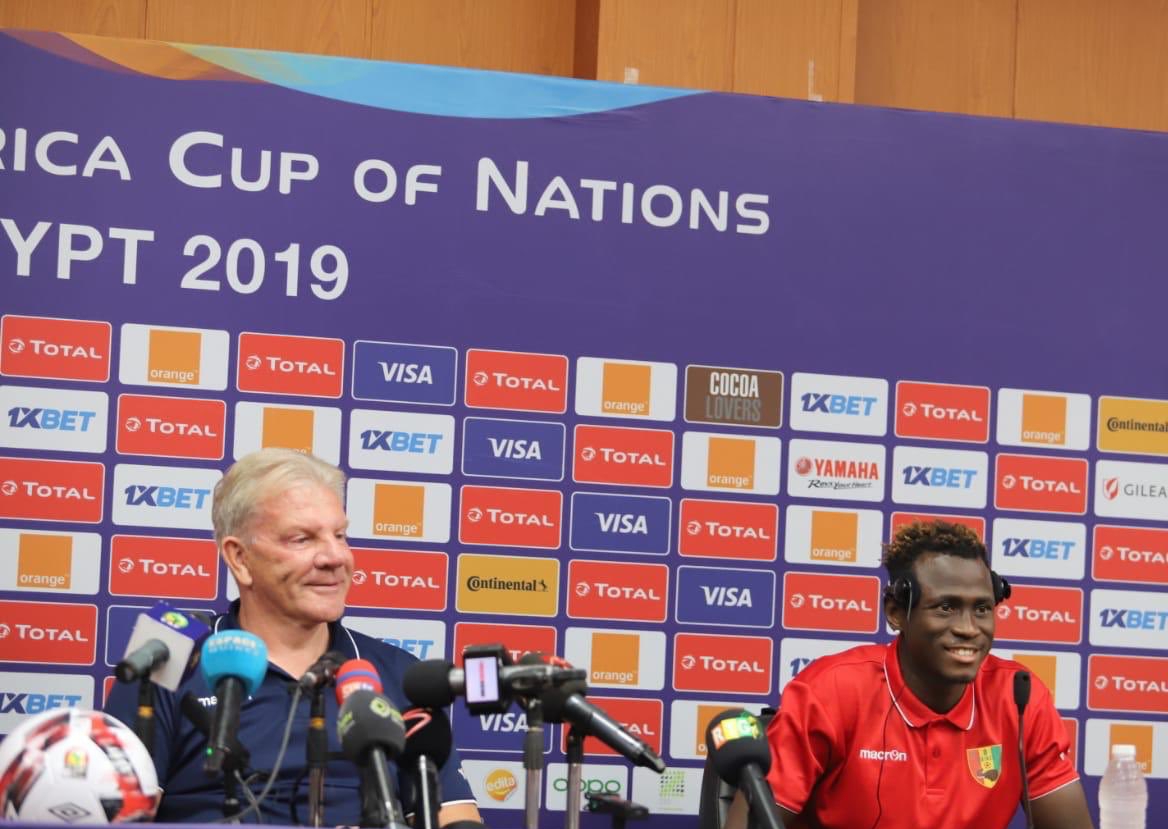 Guinea came away from their Group B opener against Madagascar on Saturday with a point after throwing away a one-goal lead at the Alexandria Stadium.
In a pre-match press conference on Tuesday, Put called on his players to be focused, knowing full well that a defeat to the Super Eagles and victory for Madagascar over Burundi in another group game will see his side drop to third.
“We have to be well prepared to play against Nigeria. We must be very focused. I trust my team and they are very excited and it is good,” Put said.
However, Guinea’s defender Issiaga Sylla said he and his colleagues will give everything to the game against Nigeria.
The Toulouse of France full-back admitted that it will be a difficult game against the Super Eagles but he believed that his side has a lot of players that can make the difference against Nigeria.

Read Also: Guinea Coach: Eagles sickness good for us
“We don’t have anything to lose. We will play with all our strength against Nigeria. It is going to be difficult but we will do everything we can. We have a lot of players that can make the difference,” Sylla said.