Nigeria goalkeeper Francis Uzoho has been cleared by the Cyprus authorities after getting his health certificate. 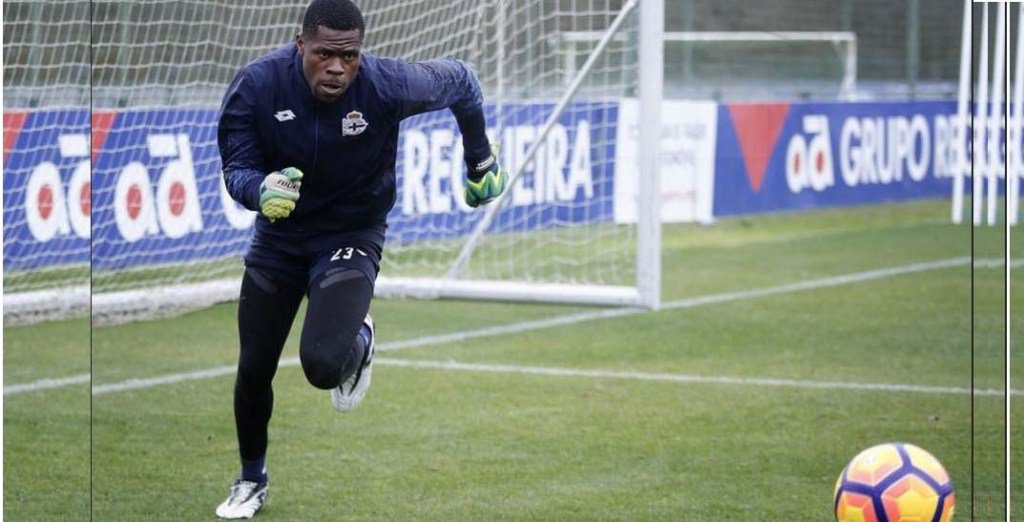 Consequently the Anorthosis Famagusta of Cyprus goalkeeper who is on loan from Spanish side, Deportivo La Coruna will be between the sticks against Alki Oroklini in a league game on Monday.

The 20-year-old has been under investigation for presenting an invalid health certificate when he made his debut against Apollon Limassol on February 2.

Since then Uzoho was suspended and fined €1,000 leading to him missing three matches for the Blue White.  The club was also imposed with a nine-point deduction.

But while he has been cleared of wrongdoing,  the nine-point deduction on the club was upheld.

Uzoho who is back to his club after the international break has been capped 12 times by Nigeria after making his debut in an internationa friendly against Argentina in November 2017.

While on national duty, Uzoho was in goal for Nigeria’s last Africa Cup of Nations qualifier against Seychelles which they won 3-1 on March 22, but ended up been blamed for the opponent’s goal by fans at the Stephen Keshi Stadium in Asaba.

He was also one of the four players drafted to the U-23 National Team for the return leg of the Olympic qualifier against Libya also in Asaba which Nigeria won 4-2 on aggregate to adavance to the next round last Monday.

Ndidi, others adapting to my style–Rodgers