Barry Hearn, the founder of Matchroom and father of promoter Eddie Hearn, is not impressed with the abilities of WBC heavyweight champion Deontay Wilder. 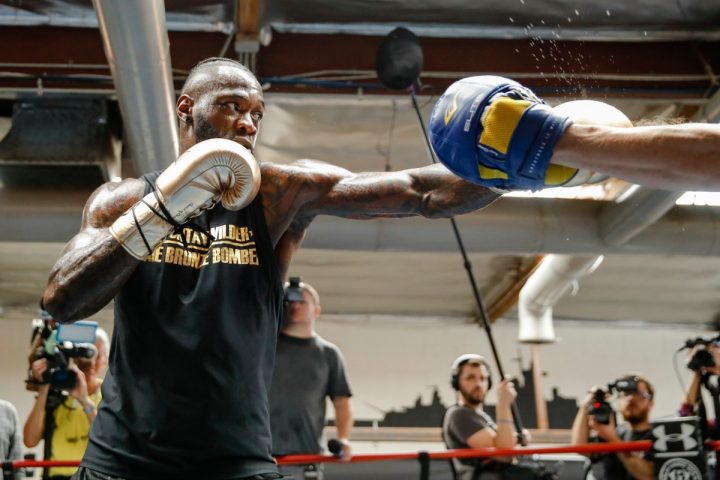 Joshua is heading to a world title defense against Jarrell Miller on a June date at Madison Square Garden in New York City.

Wilder, on the other hand, is going to take part in a very anticipated rematch with Tyson Fury in the first half of 2019.

Wilder and Fury fought to a controversial twelve round split draw back in December at Staples Center in Los Angeles.

Barry believes Wilder is the easiest option, among the very top heavyweights, for someone like Joshua.

“Deontay Wilder’s not very good,” Barry Hearn told iFL TV. “This is the technical point. Deontay Wilder can punch but he can’t fight, let’s be honest.

“Deontay Wilder’s the easiest fight out there, of anybody, for Anthony Joshua. And he probably knows that as well, which is why he’s being difficult. And that’s OK, I think it’s very good to be realistic and to understand yourself.

“There’s no horse s***. I think Deontay Wilder and his team initially wanted to do a fight at any price, because they wanted to get some money out of Deontay Wilder before he got beat. And as it’s turned out, it’s gone better than they could have ever hoped for. The Tyson Fury fight was a great fight.”

According to Barry Hearn, the loser of the Wilder-Fury rematch will regret not taking the deal with Joshua.

“Unfortunately, one of them is going to lose and that one is going to wish they took the deal with Anthony Joshua earlier,” Barry Hearn added.

“But you can’t do anything about it. Against Tyson Fury, Deontay Wilder’s still got a puncher’s chance, but that’s all because he can’t fight.

“There’s no technical ability whatsoever, basically. He is terrible. But he can punch, there’s no doubt about that. And punches can equalise fights.”