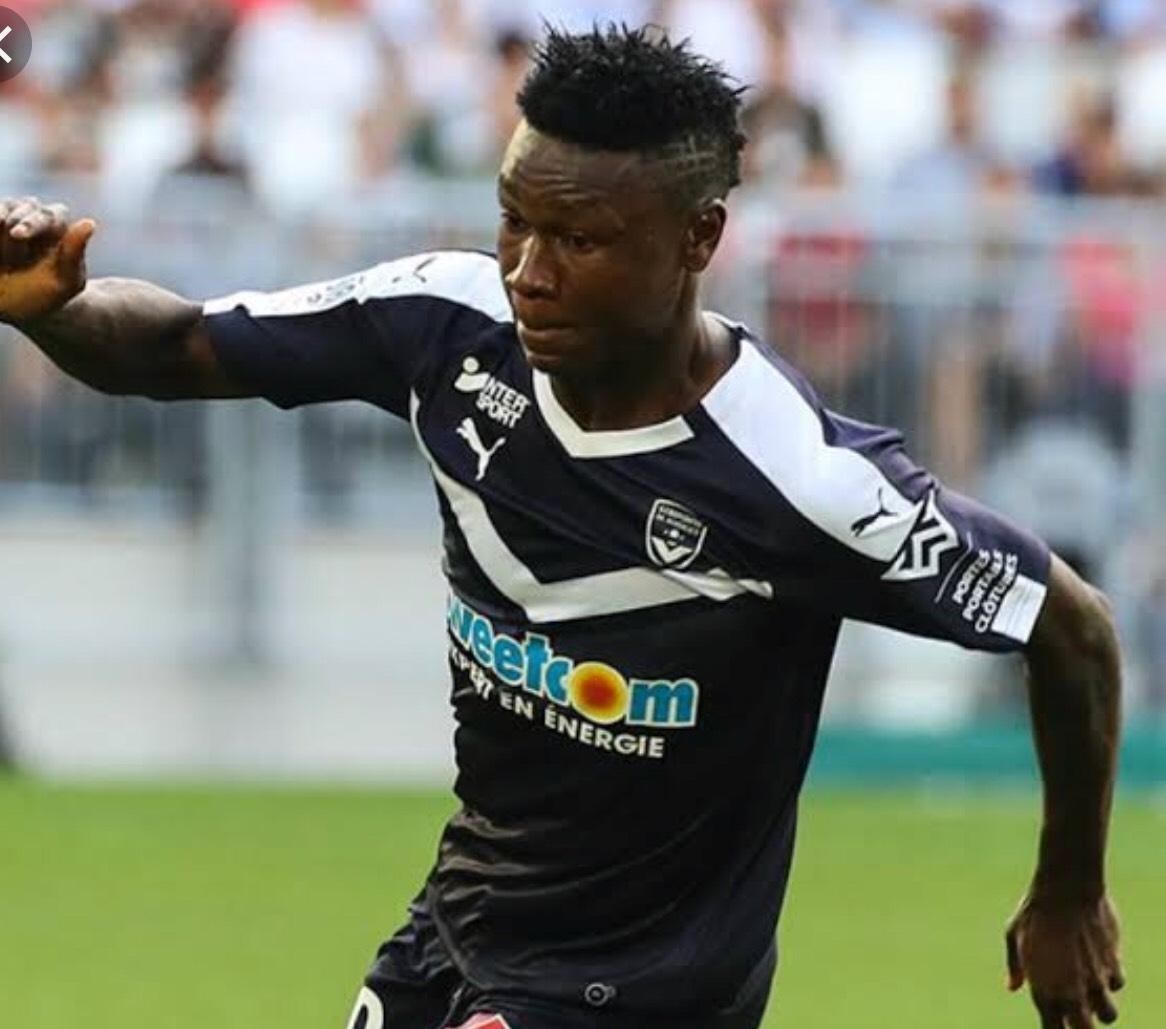 Nigeria international, Samuel Kalu has seen his suspension extended following a review by the disciplinary committee of the France Football Football Association.
Towards this end, Kalu who plays for French side Bordeaux will now miss three games following the straight red card he received in a rescheduled matchday 18 clash against Marseille earlier this month.
The winger who was hopeful of missing just one match, after missing last week’s clash against PSG,  will now be forced to sit out two more fixtures for Bordeaux.
He will therefore be unavailable for the clash against Toulouse on Sunday and will also miss Wednesday’s home clash against Guingamp but should return for next weekend’s visit to FC Nantes
Bordeaux are yet to win their last four matches.

Kalu arrived in Bordeaux earlier this summer from Belgium side KAA Gent and has gone on to become a key member of the squad, scoring four goals and assisting three more in all competitions.
BordeauxBordeaux v MarseilleSamuel Kalu

Ikeme: I am Happy To Be Alive After Battle With Cancer