By Akeem Lawal  On Mar 6, 2020 0
WBC International super-flyweight champion, Aliu Bamidele Lasisi is confident of defending his title against Norbelto Jiminez today at The Rotunda in Caesars Bluewaters Dubai, UAE. 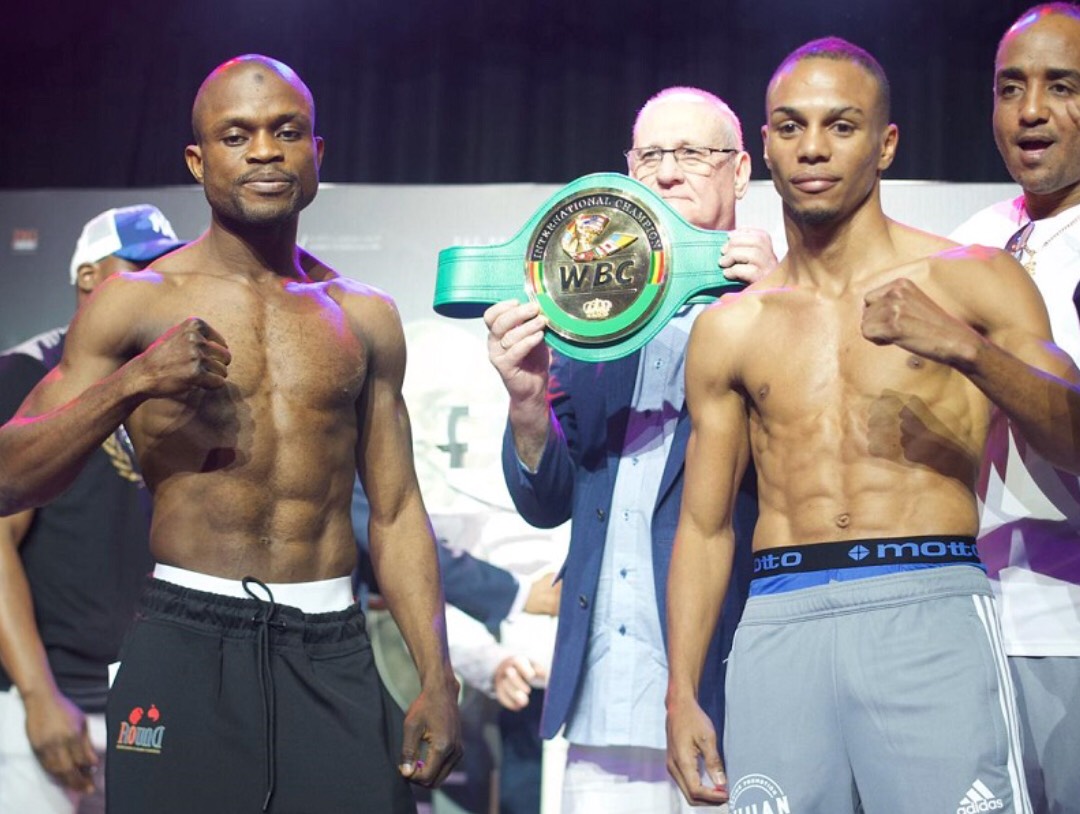 After performing their weigh-in on Thursday, Lasisi weighed in at 114.6lbs ahead of the clash, while former world title challenger Jiminez was slightly lighter, weighing 114.4lbs, Sportinglife.ng reports.
The fight between undefeated Lasisi (14-0, 8 KOs) and the Dominican Republic native Jimenez (29-9-4, 16 KOs), will headline the huge Rotunda Rumble III show presented by D4G Promotions in association with MTK Global & Round 10 Boxing Club.
The Nigeria-born Dubai-based boxer who holds both the WBC International super-flyweight gold and silver belts said he is ready to make his fans happy once again.
“He (Norbelto Jimenez) is a good boxer. But for me, I have to fight a good fighter so that I can become a world champion. I don’t know much about him but I know much about myself. I believe in my hard work, I believe in my training in the camp, and I’ll be doing my best for this fight.
“I’m hoping to get a world title shot if I get to win this fight. I think this fight will be a good challenge for me and hopefully I’ll get a chance to fight for a world title soon.
“I’m very excited. I’m very happy to get another opportunity to fight here in Dubai because it’s been a while since I last fought here and I’m training in Kazakhstan. This is a sort of homecoming for me. I’m hoping to get support from everyone,” said Lucky Boy as fondly called.
Elsewhere on the huge Rotunda Rumble 3 bill, former world champion TJ Doheny will take on Ionut Baluta in the co-main event, while Irish boxers Steve Collins Jr. and Rohan Date, Aussie star Cesar Mateo Tapia, and fast-rising Emirati prospect Sultan Al Nuaimi will also see action.
Loading...
Aliu Bamidele LasisiLatest Sports NewsLatest Sports News in Nigeriasportinglife.ng

Fury accused of tampering with gloves in win over Wilder