Madagascar Coach: We have Nigeria to think about

Madagascar head coach Nicolas Dupuis has revealed that he is pleased with his side’s progress at the ongoing Africa Cup of Nations ahead of the final group B fixture against the Super Eagles of Nigeria on Sunday at the Alexandria Stadium. 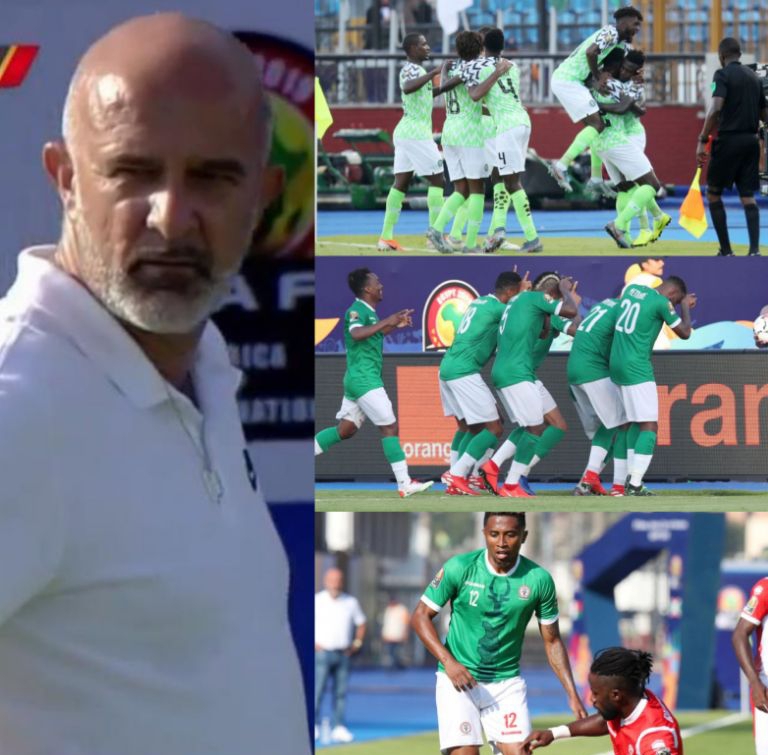 The Island nation are on the verge of sealing qualification to the round of 16 after Thursday’s 1-0 victory against Burundi which Dupuis described as hard fought.

“I am so happy because of this victory. It was our first in the history of the Afcon and we worked hard for it,” Dupuis told reporters in Alexandria.

“It was not an easy match because Burundi gave us a tough time especially in the second half.

Madagascar are second in Group B with four points after two matches, two points behind leaders Nigeria who are on six points.