City Football Group (CFG), UBTECH and China Sports Capital have announced the joint purchase of the club, based in Chengdu, who play in the China League Two.

It marks the end of City’s owners’ search for a project in China and extends their portfolio in the Asian market.

Their presence in China already includes offices in Shanghai and Shenzhen, commercial partnerships and community projects.

Sichuan Jiuniu play their home games at the 27,000-seater Chengdu Longquanyi Football Stadium and kick off the new season next month.

They already have clubs based in New York, Australia, Japan, Spain and Uruguay.

Chief executive Ferran Soriano said: ‘Today marks an exciting new chapter in the growth of City Football Group. China is an extremely important football market, which we have been focused on for some time.

‘We are delighted to welcome Sichuan Jiuniu FC to our Group, alongside our partners, China Sports Capital and UBTECH.   ‘We see this as a natural extension of our existing activities.

‘We believe strongly in the future of football in China. We are making a long-term, sustainable commitment to grow and develop Sichuan Jiuniu FC and to nurture Chinese footballing talent. 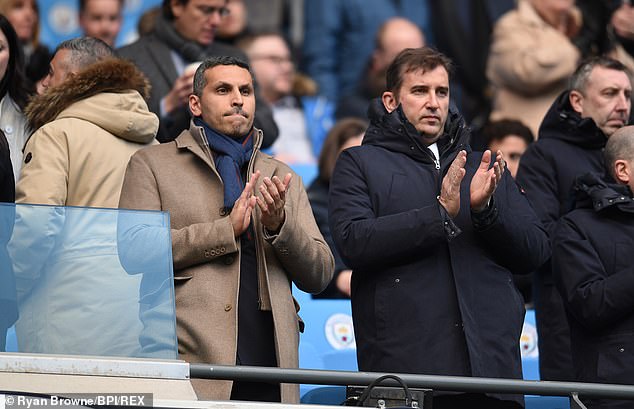 ‘These objectives are equally important. Our immediate focus will be strengthening our football performance, using all of our experience and know-how, forging a strong relationship with our fans and building a strong presence in the community. We cannot wait to get started.’

James Zhou, founder and CEO of UBTECH, added: ‘Today is an important moment for football in China. We all have a dream to develop Sichuan football and Chinese football.

‘Sichuan Jiuniu Football Club was formed by the 2017 Sichuan National Games U20.

‘The team reflects the spirit of Sichuan football. It is very exciting for a young and promising team to join as a family.