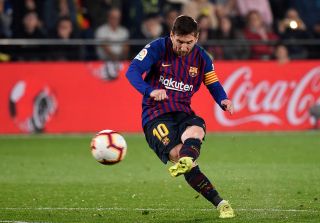 That’s according to Christian Martin of Argentina’s Fox Sports.

It’s broke in Spain over the last 48 hours that Messi has informed Barca president Josep Maria Bartomeu he will not consider new contract talks. Instead, as it stands, Messi is prepared to play out the final year of his deal and depart next summer.

read also:‘Messi would reunite with Guardiola or play with Ronaldo at Juve’

Martin has gone further, reporting: “The possibility that Leo Messi will leave Barcelona for Manchester City is real. This is confirmed by my sources in Catalonia and England.

“Sports and extra sports conditions would be positive for all parties. Be aware…”