Charlie Nicholas has claimed that Mesut Ozil is not making the starting XI at Arsenal due to the German failing to train hard enough under Unai Emery.

The attacking midfielder has hardly featured for the Gunners this season, making just two appearances in all competitions. 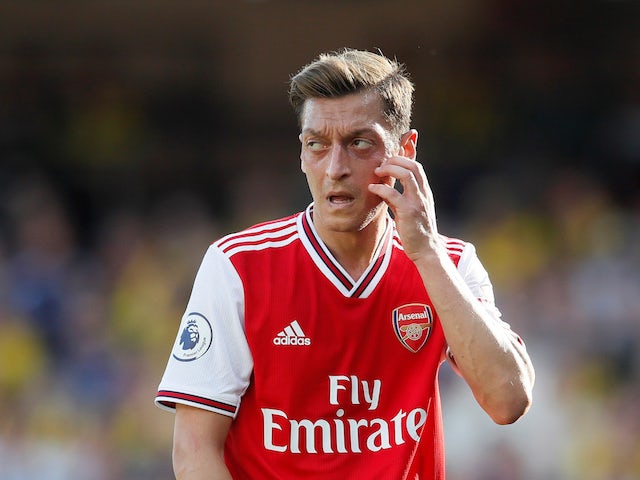 Arsenal’s 1-0 defeat at the hands of Sheffield United on Monday night served as a key example of a moment when Ozil’s incision in the final third could have been effective.

Speaking ahead of Arsenal’s meeting with Vitoria SC on Thursday, Nicolas told Sky Sports News: “Will he throw Mesut Ozil into this situation?

“I think Unai Emery knows Ozil is not training hard enough, so that is why he is not putting him in the team. He is still there so I would play him.”

Despite a lack of playing time at the Emirates, Ozil has ruled out the prospect of seeking a move away from Arsenal over the next transfer window.

Emery has remained coy over the Ozil situation, but noted recently that the 31-year-old did not currently deserve to be in the Arsenal starting XI.

Peter Adesina:  banging in goals and loving it in Seychelles.