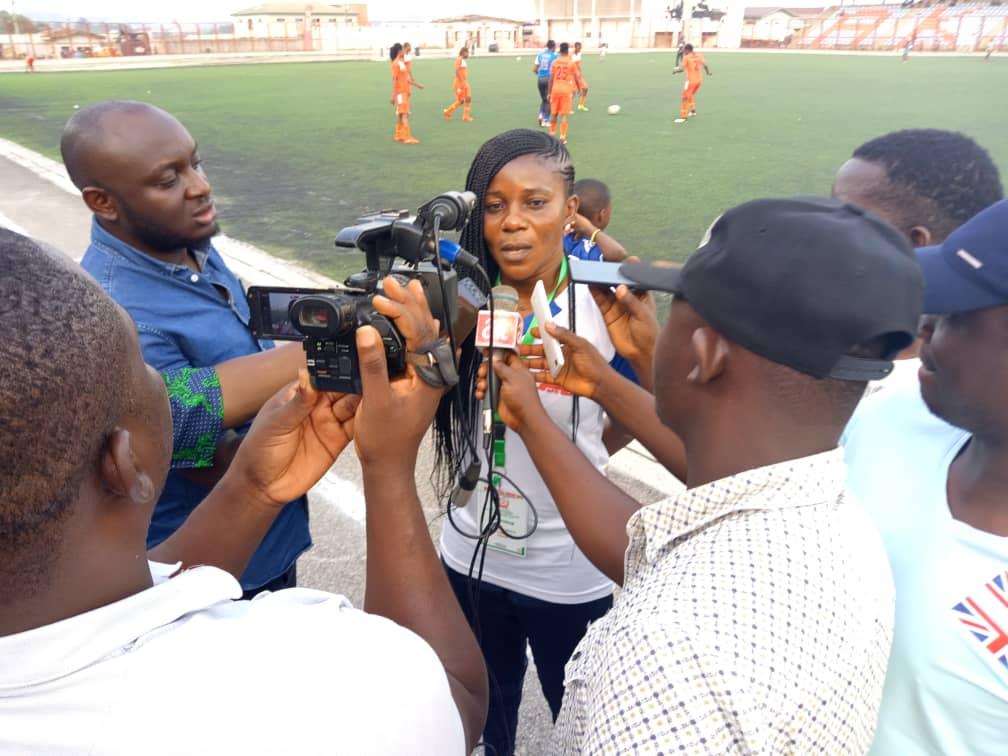 Super Falcons assistant coach Maureen Mmadu has described the maiden women pre-season tournament under the auspices of South-Africa-based Queens Football Consult (QFC) as a good omen for the development of the game in Nigeria.
The four-day tournament being held in Akure amongst Sunshine Queens, Bayelsa Queens, Phoenix , Royaltoms and Edo Queens would come to an end Sunday in Akure and the former Nigerian international said such event can only helped the growth of the game.
“ I think everybody involved in this tournament is a winner, “ stated Mmadu, a veteran of four FIFA World Cups with the Super Falcons in her heyday who is the technical head of the mini tournament. “This is the first pre-season tournament organised by Queens Football Consult for women clubs in Nigeria and I’m so impressed .
“ It’s a good one because participating teams will definitely have an edge over others when the league starts proper and I think more of this kind of competition would help the development of the game in the country.”
Meanwhile, Mmadu noted that Nigeria would continue to maintain its preeminent position in women football should conglomerate embrace women football as did global energy brand AITEO that guaranteed the sum of N10 million naira (about) for winners of the women’s national cup.
“I think there is little or no argument that Nigeria is still the number one women’s football country in Africa and not only because the Super Falcons had won almost all the past AWCON championship,” explained Mmadu . “The truth is that we (Nigerians) embraced women’s football earlier than most African countries and that is why you have so much talent all over the country.
“We must give credit to the organisers of the women league because there is greater awareness now and I’m happy that Queens Football Consult is here to give good support for the women’s game,” she noted.

Dennerby: Our target is to be best Falcons squad at World Cup