Chelsea wing-back, Victor Moses became the first Super Eagles player to hit the London camp of the Super Eagles ahead of the glamour friendly against England on June 2 at the famous Wembley. 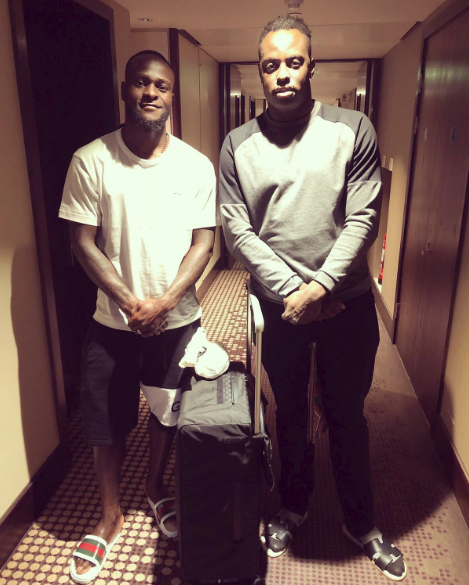 The former Wigan star was permitted to miss the friendly against DR Congo in Port Harcourt as he celebrated his wedding anniversary after helping Chelsea win the FA Cup.

Moses has enjoyed a fantastic season despite the Blues finishing outside the top four and his presence will be welcome by manager Gernot Rohr against the Three Lions after watching the Eagles labour to a 1-1 draw in their last outing.

A picture of Moses at the Wembley Hilton  Hotel was shared on twitter by his close pal and captioned: “Victor Moses Ready to Go. World cup 2018. Nigeria V England. Wembley Hotel. Wakanda Boys.”

The last time Nigeria played England in 1995, they lost 1-0 at Wembley and the Eagles will hope to get one over their European counterparts this time.

Phil Jones out of Eagles Friendly