Former Super Eagles gem Victor Moses’ goal scored in the 33rd minute on Sunday against Göztepe as being adjudged to the the fastest goal scored by any debutant playing for Fenerbache in the Turkey Super Lig. 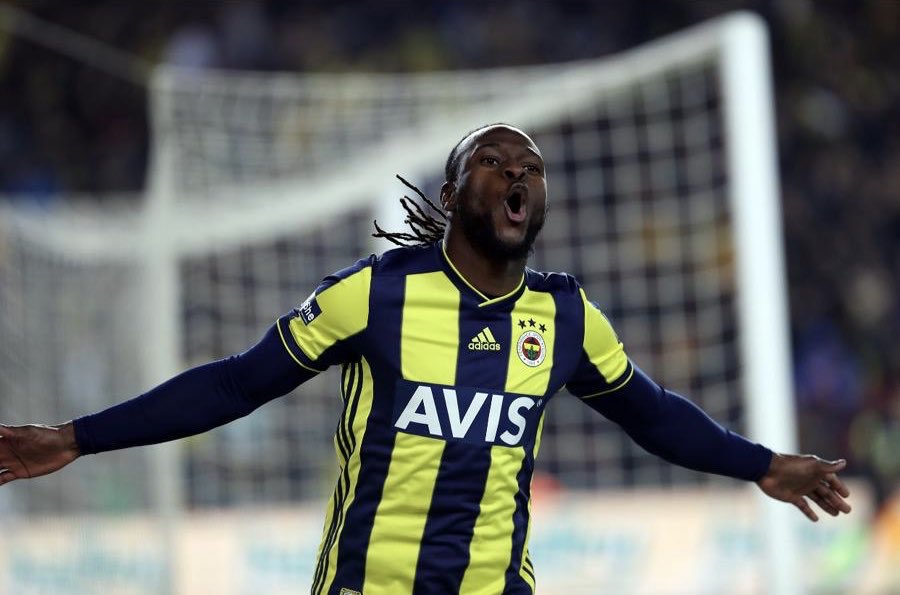 Curiously, Moses’ Barclays English Premier League side, Chelsea are monitoring the Nigerian’s matches in the Turkish Super Liga fuelling speculations that he could be welcomed back to the Blues’ side after an envisaged termination of Mourizo Sarri’s contract at the end of the season.

”Moses opened his account for Fenerbahce in what was his second substitute in the space of five days for the Turkish side, both of which ended in victories to help them out of the relegation zone,” Chelsea wrote in its weekly review of loanees of the team.

”After playing 25 minutes against Yeni Malatyaspor on Monday, he was afforded the same time on Friday night at home to Goztepe and he finished with aplomb after embarking on a pacy run and exchanging passes with Jailson.”

Indeed, word was rife that Moses could make his full debut on Friday evening against Kayserispor having scored for the Yellow Canaries after only 33 minutes of game time in the two matches against Yeni Malatyaspor and Göztepe.

Moses is the fifth Nigerian player to score for Fenerbahce, following in the footsteps of Uche Okechukwu, Austin Okocha, Emmanuel Emenike and Joseph Yobo.

Falconets confident as race to Costa Rica begins in Douala