Double Olympic Bronze medallist Mary Onyali Omagbemi, has rubbished insinuations in some quarters that her 24 year old marriage has hit the rocks.

The Barcelona 4×100 relay Bronze medallist and Atlanta 1996 200m Bronze medallist described the insinuation as mere imagination in the minds of those who originated the story insisting that her marriage is not only in tact but has never at any time approached the rocks let alone hitting it. 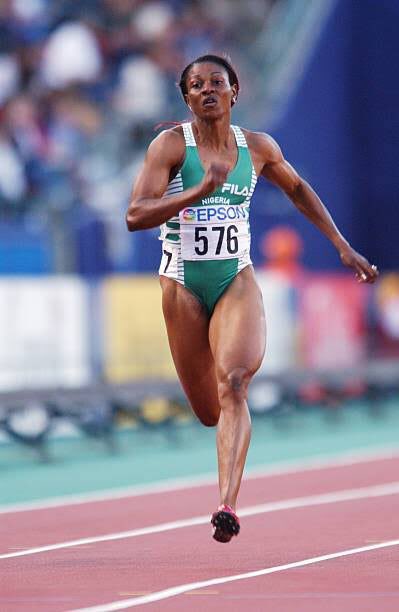 In a chat with Globalmediachats on twitter, Onyali who married fellow athlete Victor Omagbemi in 1995 after the love birds had maintained a decade relationship, thanked God for his blessings on and off the tracks even as she continues to encourage up and coming stars who wish to toe her footsteps.

“You mean it? This is news to me. Never heard it I recall when I had to buy another ticket at the airport because a KLM travel agent messed up my ticket because he added Omagbemi to my maiden name.

I was told I wasn’t the same person at the airport. I use my maiden name till date because that’s my professional name. My husband and l never had a problem with that so l see no reason why anyone should bother. Truth is my marriage is intact,” she enthused

Although the multiple All Africa Games Gold medallist is passionate about encouraging the younger ones to embrace sports, she nonetheless believes they should not be forced but be allowed to follow their dreams, revealing that she is not mounting pressures on her kids who have shown interest in sports.

“My boy is very athletic and he’s doing every sport especially soccer which is common in Nigeria. My daughter is doing the 100m and 200m but she’s still in school and trying to find her feet. She has to figure out what she wants to do when the time comes. She really doesn’t have to be like me or her dad,” said Onyali who named one of the nation’s athletics great Innocent Egbunike and late former South African President, Nelson Mandela as her role models. 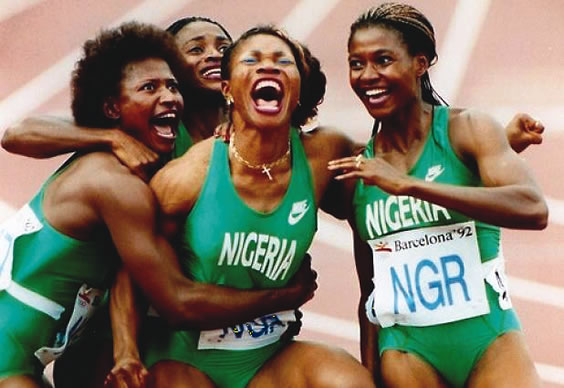 If there is one thing she has in common with her role models, it their inability to take no for an answer and strong believe that anything is achievable once you have your mind set at it.

And if you think it is all about sports talks  for the 1994 Commonwealth Games 100m gold medallist, you are wrong as she revealed her  love for potpourri of good music ranging from rock to reggae

“Soft rock, cool reggae music, that speaks to my heart, music that speaks to me with good lyrics and meaning. I like Kenny Rogers and Michael Bolton. Then in Nigeria, I like Tuface and P-square” she revealed.