Eden Hazard has been denied his preferred shirt number for Real Madrid following his eye-watering £130m transfer from Chelsea . 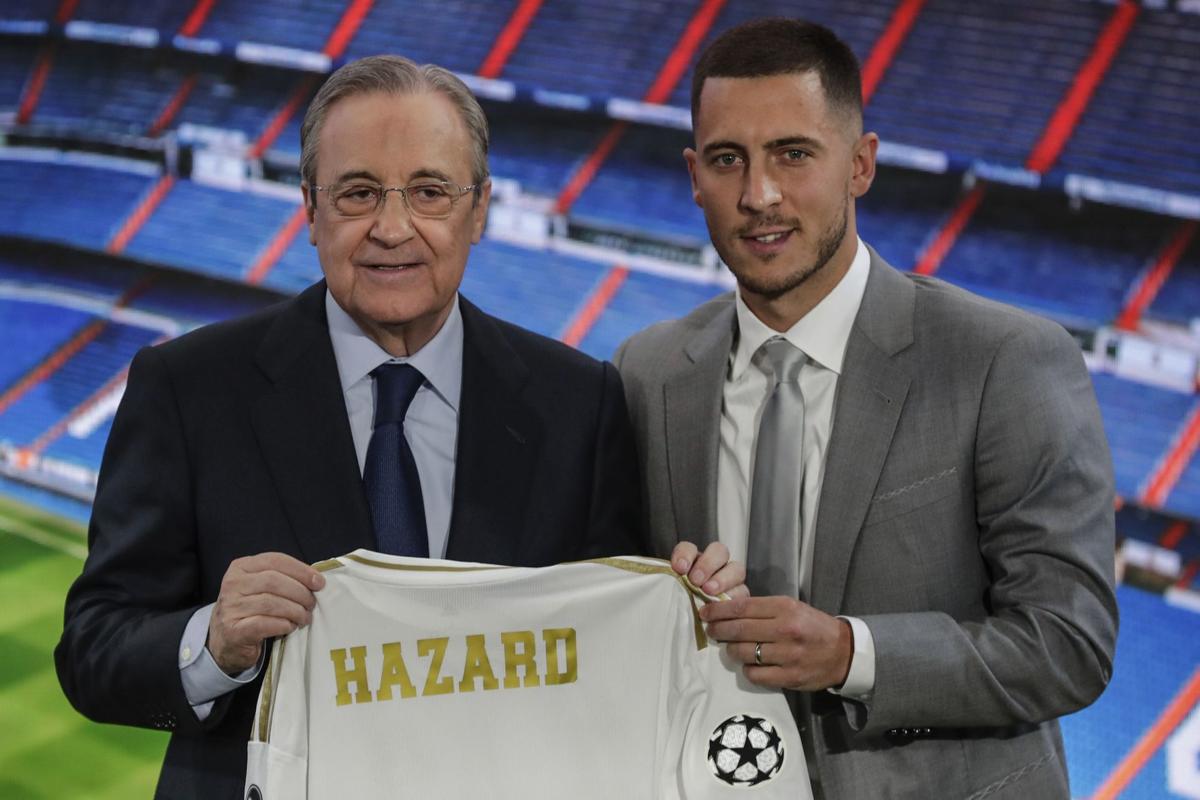 The 28-year-old winger wore number 10 during his time at Stamford Bridge and also wears it for the Belgian national team, but it appears he won’t be able to do so at Madrid thanks to Luka Modric.

Speaking as he was unveiled at the Bernabeu, Hazard said: “My number? I was in contact with Modric thanks to Kovacic and I asked him if I could have the number 10 and he told me no. We joked. I don’t think the number is important.”

He also reiterated his desire to win many titles with Real Madrid after completing his “dream” move to the Spanish giants on Thursday.

Hazard, who was announced as a major summer signing for Real last Friday, passed a medical in Madrid before signing his five-year contract alongside club president Florentino Perez.

He then emerged at the Bernabeu where, witnessed by tens of thousands of Real fans, he pledged to help restore Los Blancos to former glories following a trophy-less season at home and in Europe.

After being introduced by Perez, Hazard said: “I want to win many titles with Real Madrid, in this shirt. This has been my dream since I was a child and now I’m here. I just want to enjoy this moment.”

Real Madrid: Hazard will make the difference at Madrid–Courtois

Hazard then visited his new changing rooms before donning the famous white shirt of Real and returning to the Bernabeu pitch to demonstrate his ball-juggling skills and waving to the crowd.

Our match against Falcons a must win  – France Coach