Andy Ruiz, who challenges the unbeaten Anthony Joshua for his three world heavyweight title belts at Madison Square Garden on June 1, says that he has been working on techniques used by Mike Tyson when he fought larger heavyweights and will try to to exploit “a lot of weaknesses” he has identified in the champion’s style. 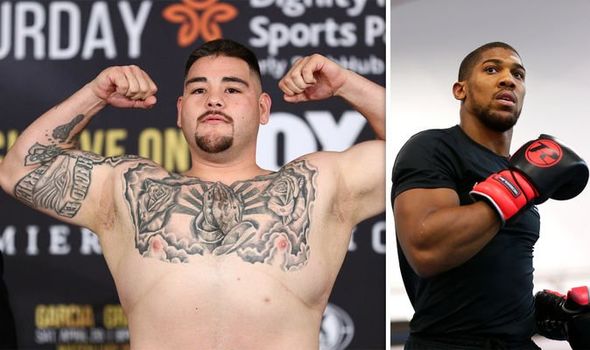 “I’ve seen a lot of weaknesses in him and I’ve seen him working on them. The main thing is to stick to the game plan. I don’t want to say too much about his weaknesses. I’ve just got to improvise and exploit them when the bell rings,” explained the 29-year-old Mexican-American in an exclusive interview with The Telegraph.

“We’ve seen a lot of videos of Mike Tyson. We’re working on some of the moves he did so I can get to Anthony Joshua. The main thing is we’ve got to stay focused and prepared. Get ready for anything and stay in shape.”

Ruiz, beaten just once on points by the former WBO champion Joseph Parker in a 32-fight career believes many of his opponents underrate him because of his physique. Ruiz is 6ft 2in and 18st but he moves well on his feet. Former promoter Bob Arum called him “a fat slob” when the fight with Joshua was announced. “I’m used to it,” laughed Ruiz. “All my life everybody has been underestimating me until they see me fight, until they see me knock someone out. Then it’s: ‘Look at this chubby kid go.’

“All the people are underestimating me, but it’ll be a hell of a fight. They’re going to see what I’ve got. I’m here to shock everybody, shock the world and show them what I’m all about.”

Read Also: Seven Days To Go: No phone for Joshua ahead Ruiz fight

“I’m ready for Anthony Joshua. Hopefully he’s overlooking me, thinking I’ll be a piece of cake. It’s a whole different ballgame when they’re in the ring with me. Once they see the speed and accuracy I have, I know I will shock him a lot.”