Serena powers past Strycova into her 11th Wimbledon final

Serena Williams powered through to her 11th Wimbledon final match as she overwhelmed unseeded Czech Barbora Strycova in a brutal 6-1 6-2 victory on Centre Court on Thursday. 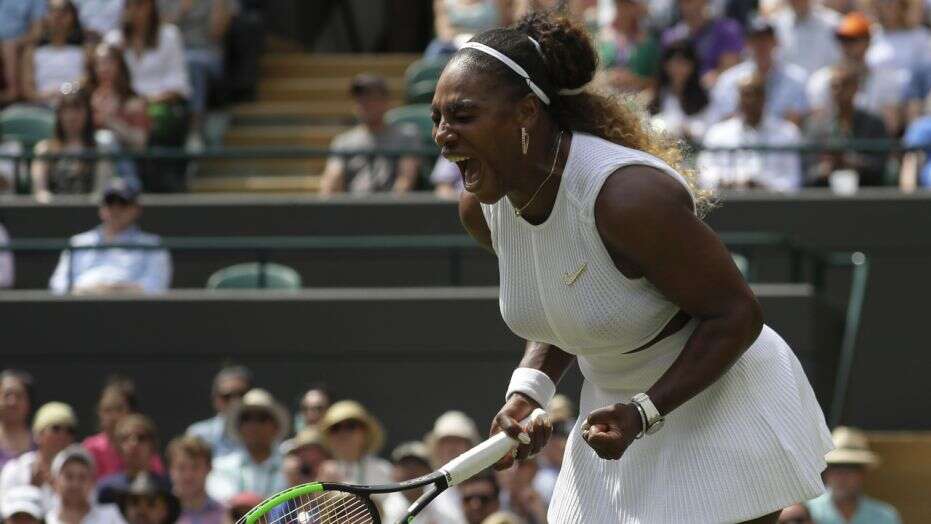 Clobbering huge serves and forehands, the veteran American was always in control as she set up a showdown with Romanian former world number one Simona Halep in Saturday’s final match.

The 37-year-old Williams will become the oldest woman to contest a Grand Slam final in the professional era and victory will take her alongside Margaret Court’s record 24 singles majors.

Strycova, the oldest first-time Grand Slam semi-finalist at 33, boasts a tricky game that scrambled the mind of Britain’s Johanna Konta in the quarter-finals.

But seven-times Wimbledon champion Williams is made of much sterner stuff and simply bulldozed her way through her opponent’s lightweight resistance.

Strycova held for 1-1 in the first set but any notion that a contest would break out disappeared in the blink of an eye as she went 5-1 behind.

She had a chance to slow down the Williams advance when she got to 0-40 on the 11th seed’s serve with the help of a net cord.

But Williams raised the tempo to reel off five points, ending the first set in 27 minutes with an ace.

Williams broke for 3-2 in the second set as Strycova dribbled an attempted drop shot into the net and again to move 5-2 ahead.

The crowd was willing Strycova to hang in for a little longer.

There was a roar of approval when she showed great defensive skills to win the first point as Williams served for the match.

But there was to be no comeback.

Williams fired down a huge serve on match point and had the simplest of forehands to stroke away and seal her place in the final. (Reuters/NAN)