Super Falcons to play about 10 matches before World Cup 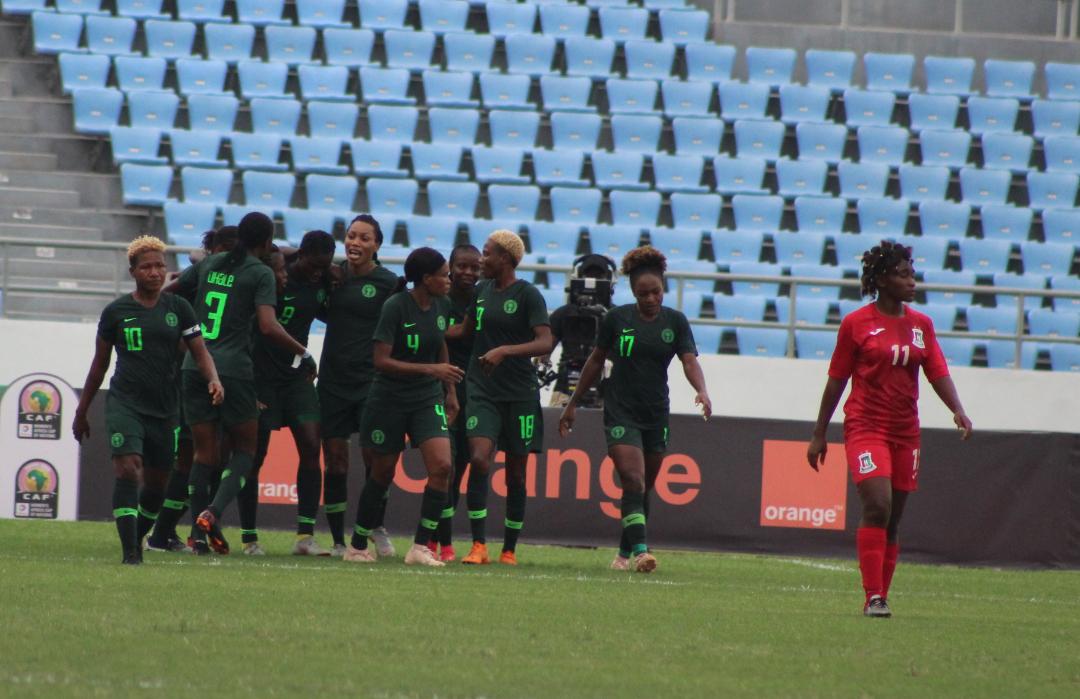 The Nigeria Football Federation has firmed up plans to provide African champions, Super Falcons, with what could turn out to be their best –ever preparation for the FIFA Women’s World Cup finals, thenff.com can reveal.

Participation in the Four –Nation Invitational Tournament in China, 17th – 20th January, will be followed by participation in the Cyprus Women’s Cup (25thFebruary – 7th March), before planned friendly matches with Spain or Canada before a final training camp in Austria that could also take in two tune –up games.

On Tuesday, players and officials of the nine –time African champions were at the Embassy of China in Abuja for visa processing. The team is expected to fly out of Nigeria to China on Monday.

Hosts China, Romania and Korea Republic are the other teams taking part in the four –day invitational.

Overwhelmingly voted as the Women National Team of Year 2018 in Africa at the AITEO-CAF African Football Awards in Senegal on Tuesday, the Super Falcons are determined to adequately prepare and be competitive at this year’s global tournament – a championship in which they have only reached the quarter finals once before, 20 years ago.

Already, the Nigeria Football Federation has announced that the Falcons will have their final camping programme at the same Avita Hotel and Resort in Bad Tatzmannsdorf in Austria, where the Super Eagles stayed before flying to Russia to participate in last year’s FIFA World Cup finals.

On return from the invitational tournament in China, the Falcons will begin visa processing for Cyprus, where a 12 –Nation Invitational Tournament awaits between 25th February – 7th March.

Nigeria, the only African country to have featured in all previous editions of the FIFA Women’s World Cup since the competition was launched in China in 1991, will tackle host nation France, Korea Republic and Norway in Group A of this summer’s finals.

The Super Falcons will open their account in France against Norway, at the 21,000 –capacity Stade Auguste Delaune in Reims on 8th June, before matches against Korea Republic in Grenoble on 12th June and against hosts France in Rennes on 17th June.

The 8th FIFA Women’s World Cup finals will hold 7th June – 7th July this year, with France up against Korea Republic in the opening match at the Parc des Princes in Paris on 7th June.

Two big voices within Corporate Nigeria have thumbed up the Nigeria Football Federation for display of transparency with regards to the N50million and N25million windfalls from both organizations to the Super Falcons, following the team’s triumph at the Women Africa Cup of Nations in Ghana early last month.

At a special event honouring the Federation’s sponsors and partners and the Super Falcons in Lagos, Mr. Olakunle Alake (Group Managing Director, Dangote Industries) and Otega Ogra (Group Head, Corporate Communications of BUA) and Tajudeen Ahmed (Group Head, Business Development of BUA) lauded the decision by the NFF to have the monies transferred directly to the beneficiaries.

“We asked to transfer the money directly to the NFF but the leadership opted for direct payment to the players and officials. That was a most commendable decision. They sent us the account details of all the beneficiaries and we applaud such diligence and integrity,” said Alake.

Ogra said the NFF leadership had laid good grounds for corporate organizations to want to do business with the Federation with its transparency, integrity and accountability.

The occasion took place on the same day that the NFF published in two major national newspapers, its audited account for the world to see.

Both Dangote Group and BUA have since transferred the monies directly to the bank accounts of the players and officials of the Super Falcons.