THEMBINKSOI LORCH: Nigerians will be TOUGH 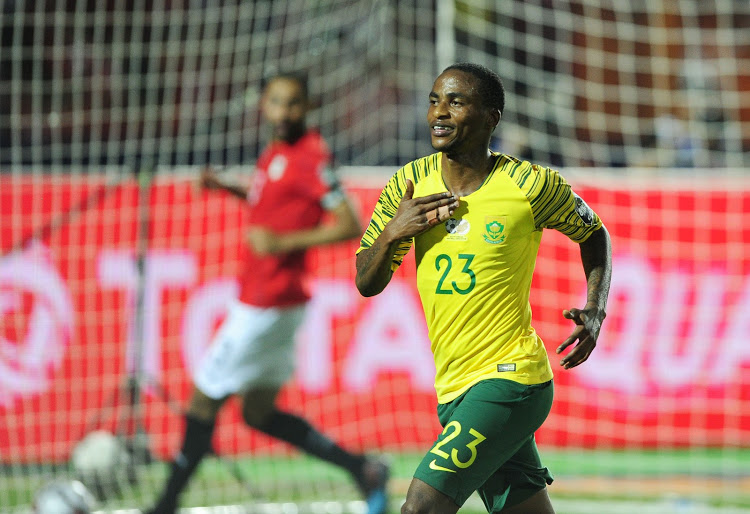 “The Nigeria game is going to be a tough game, Nigerians are big and strong but we will plan for them the way we planned against Egypt. Now we believe and the confidence is sky high, anything is now possible but we must keep on pushing, Lorch told the media, according to SAFA’s website.”
Lorch, voted Man-of-the-Match in Bafana Bafana’s shocking Round of 16 victory over Egypt on Saturday evening, in his debut appearance for South Africa argued that confidence in the Nigerian camp willl be high after Eagles beat the defending champions Indomitable Lions of Cameroon in another Round of 16 games played also on Saturday in Alexandria.
Lorch scored the winning goals that exited the Pharaohs from the 32nd edition of the Africa cup of Nations, which Egypt is hosting.
In a post-match interview on Saturday, Lorch said: “Ja‚ hey‚ I was shocked hey. I thought it wasn’t a goal. Normally when you score people are celebrating. But it shows that we obviously didn’t have our support here.

Read Also:South Africa vs Nigeria: Bafana Bafana NO threat to Eagles
“But we had to make our supporters at home proud. Ja‚ and I’m happy. Like I said before the game‚ I was worried about my match fitness. If you saw‚ I was cramping. But the confidence is still there. And‚ ja I just needed the minutes to play”, Lorch revealed.

Chidozie Awaziem: We ‘II give our best against South Africa