Nigeria Boxing Federation has disassociated itself from rumour making the rounds that they invited boxers to camp for the Tokyo 2020 Olympic Games qualifiers in Darkar, Senegal only to decamp the boxers without paying them an allowance. 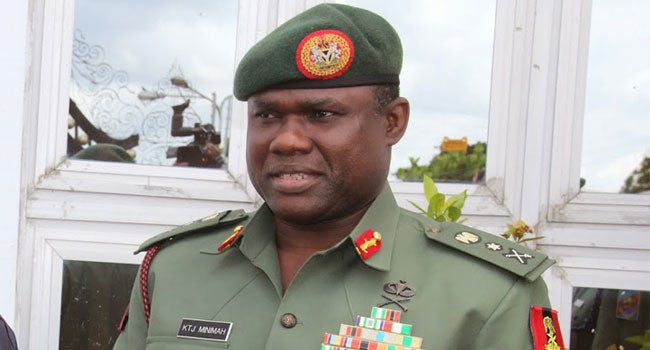 A statement from the Secretary-General of the boxing Federation, Sunny Obot who made the clarification in Lagos, said the Federation did not at any time send any official invitation to any boxer to report to camp for the African Senior Boxing Championship in Senegal, not to talk of decamping anyone. “There is need to put the record straight,” Obot said.

According to him, the LT Gen. Kenneth Minimah (retd) led Nigeria Boxing Federation is bigger than any individual and nobody can stampede the body to take rash decisions no matter who the person may be.

According to him, prior to any Olympic Games, the International Boxing Federation(AIBA), gives each country/ boxers the opportunity to seal their places at the Olympic Games with two windows of qualifying tournaments, continental and world and same goes to the Tokyo 2020 Olympic Games with Senegal (Africa), feb 18-1 March and France (world), May 13-24, as the two qualifiers.

Obot said the NBF opted for France (World). Reasons being that the tournament will help to toughen any of our boxers that qualifies there, thereby making him/ her a medal prospect, unlike the past where our boxers have been qualifying from the African region without doing well at the event proper.

According to the Secretary-General,, for the past 10 years or thereabout, Nigeria has always participated at the African Olympic qualifiers and on each occasion picks tickets but got knocked out in the early stages of the events.

As a Federation, we don’t want a repeat of such hence our decision to make the France Olympic qualifiers our top priority this time around. Our target is to pick the tickets and have a good showing s in Tokyo. We don’t want early exit again, he said.

That is why we did not apply to our supervisory body, the Federal Ministry of Youth and Sports Development to go for the Senegal qualifiers which is ongoing as we speak.

A cursory look at the Paris, France showpiece shows that it is going to be an assemblage of world-class boxers from America, Europe, Asia and even Oceania hence our decision to take our boxers there.

As a federation, we have since made our position known to the ministry and they saw reasons with us.
Besides, the France qualifiers which is slated from May 13-24, will afford the Nigerian boxing team, and the Federation the opportunity to prepare adequately for the Tokyo 2020 Olympic Games qualifying cracker, the Secretary stressed.

He tagged the failed professional boxers like one Taiwo Agbaje who has been trying to use social media to paint Nigeria and the boxing Federation black enemies of progress that must not be taken serious.