Liverpool could be without key stars Alisson and Fabinho for their Champions League trip to Atletico Madrid on October 19.

Brazil’s clash with Argentina was infamously abandoned after the pitch was invaded by Brazilian health officials citing a breach of Covid-19 guidelines in the country by UK based players on September 5.

However, as per reports from Mundo Deportivo, both players could now miss the game with Atletico if quarantine rules are enforced on them. 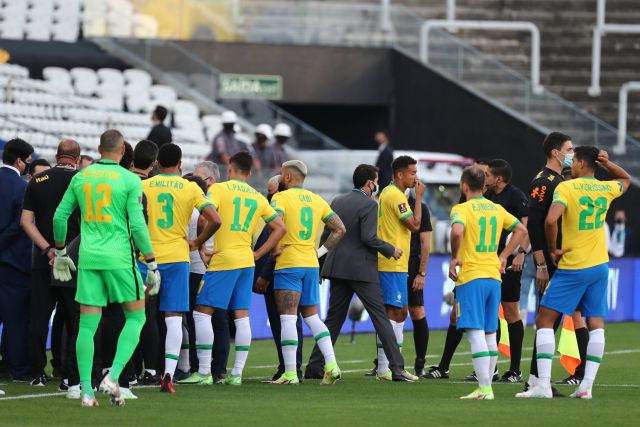 Premier League clubs entered into a war of words with both CONEMBOL and FIFA after players missed club action on their return at start of the month.

Liverpool are expected to appeal against allowing players to join Tite’s squad unless an exemption is confirmed prior to their departure from England.

The clash sees Diego Simeone’s side face the Reds for the first time since their March 2020 win at Anfield ahead of the UK decision to enter into Covid-19 lockdown.