UEFA have move to clarify reports that president Aleksander Ceferin hinted the Champions League needs to be completed by August 3.

In an interview with German TV station ZDF this weekend, Ceferin appeared to indicate Europe’s governing body had set a preliminary deadline for the competition.

However, UEFA have since released an official statement, confirming they are working on a number of contingency plans.

“The president was very clear that he could not give precise dates on the end of the season.

The first priority of the UEFA task force is to ensure public health.

The option of playing in July or August has been discussed, but no deadline has been set.”

UEFA are working in conjunction with national federations to on a working calendar for domestic and continental competitions.

All of Europe’s major leagues are currently suspended, with La Liga choosing to postpone all football indefinitely, after the Spanish state of alarm was extended to April 26. 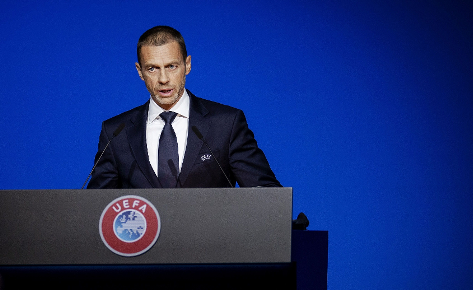 As it stands, there are still 11 games to go in the La Liga season, with Barcelona leading Real Madrid by two points at the top.

The El Clasico pair and Atletico Madrid are also both still in the Champions League, with Getafe and Sevilla in the Europa League.