Former players of Sunshine Stars, Sunshine Queens, Rising Stars and Rising Queens on Tuesday in Akure, Ondo State, disrupted the training session of Sunshine Stars FC over the non-payment of their sign-on fees. 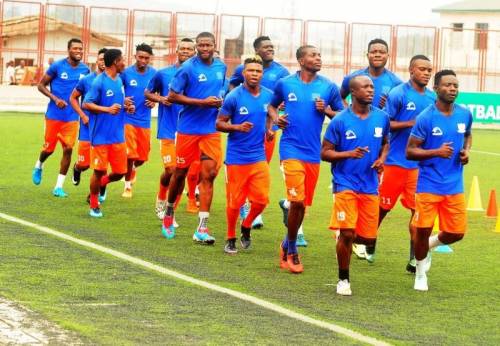 The ex-players chased members of the team away from the Ondo State Sports Complex, Akure.

Former Sunshine Queens player, Esther Michael, told journalists that she got injured while playing for the club but was abandoned to her fate.

Michael added that she had remained without a job since sustaining a career-threatening injury five years ago while playing for the club.

She disclosed that no form of help came from the management of the Ondo State Football Agency since that period.
She said, “For almost five years after I was injured and spent my entire earnings treating myself, I have had no job.

“We are therefore appealing to Ondo State Government to help us out. “I played almost five years for this team, the injury I had, government and management didn’t help me. So, they should pay us our money.”

Former Sunshine Stars player, James Moses, said the government should honour the agreement it entered into with the players and pay them their sign-on fees.

Moses, fondly called “Okomu’’ in his playing days by fans, said the love they had for the team had prevented them from taking legal action against the management.

He said, “The state has been owing us sign-on fees for long and we have been begging for them to pay us.

“Sunshine was my first club, I love Sunshine so much. I want them to pay us our money that is due to us.

“We are calling on the state governor to help us because some of us have families to take care of.”
In his reaction, Tajudeen Akinyemi, Chairman, Ondo State Football Agency, said the previous government agreed to pay the money in 15 instalments but was only able to offset eight.
Akinyemi said the file for the remaining seven months had been sent to the Head of  Service, who had raised the issue with the governor of the state.

Read Also: KENNETH OMERUO GIVES BACK TO SUNSHINE STARS
He promised that the government would accelerate action on the file to ensure that the former players were paid.

Ex-Tottenham manager ready to bounce back