COPS have visited Rebekah and Jamie Vardy’s house today amid claims the pregnant mum has received “death threats” over her row with fellow WAG Coleen Rooney.
The pregnant mum was yesterday “outed” in an extraordinary rant by Coleen, who claimed the 37-year-old had been leaking stories about her. 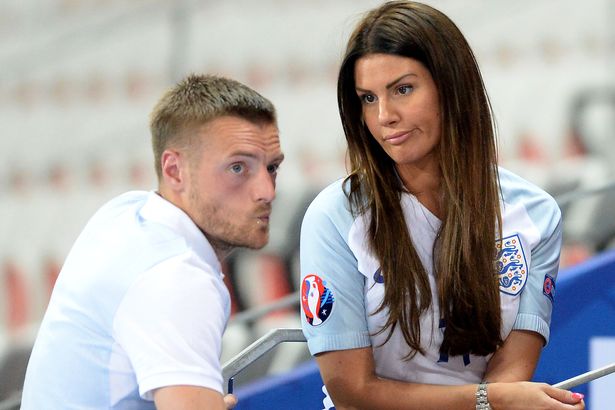 She named Rebekah’s Instagram account as being the only one which was able to view a number of fictitious tales which ended up in the papers.
However, her bombshell Twitter post has resulted in a number of twisted trolls targeting Rebekah who is returning from a family holiday to Dubai.
Vardy, 37, posted one horrific message which read: “F**k you sly c**t I hope that baby dies you b***h.”
Officers spent about 20 minutes at the Lincolnshire home in what could be a move to check on the security of the property.
It is not believed the couple were at home at the time.
Coleen’s explosive revelation sparked an extraordinary spat on Twitter yesterday with Coleen explaining how she spent months trying to find the culprit behind a number of leaks.
Coleen, who has been dubbed “Wagatha Christie”, hatched an elaborate plan to catch whoever was leaking her stories to The Sun.
Coleen went about her investigation in forensic detail, and followed it through for over a month.
She blocked all of her followers and allowed just one account – Rebekah Vardy’s – to see her posts as she finally came to the conclusion that her pal had leaked gossip about her.
She then triumphantly unveiled her sting yesterday with a dramatic message that concluded “It’s…… Rebekah Vardy”.

Read Also: Rodgers warns Manchester City to be careful of Vardy
Rebekah now plans to enlist the help of a forensic IT expert to clear her name.