The Croatian is playing his eighth year in Madrid but has hinted he could leave the club at the end of the season.

Luka Modric has revealed he would like to one day play in Italy amid rumours that the midfielder could leave Real Madrid this summer.

The 34-year-old’s contract is set to expire upon the conclusion of the current campaign and Modric has been linked with a move away from the Bernabeu. 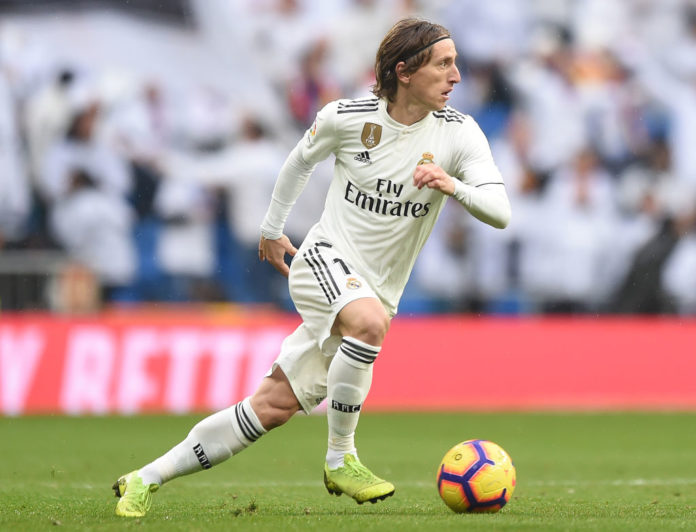 The current Ballon d’Or winner was linked with a move to Paris Saint-Germain last summer, and Inter Milan the previous year.

However, speaking recently, Modric indicated a transfer to Serie A seems more likely.

“I like Italy, it’s close to Croatia,” he told Sky Italia. “I watch Serie A because I have many national team-mates playing there. Then the Italians are fantastic and have a mentality similar to us Croats.”

“We’ll see if one day I can play in Italy, I can’t talk about this because I’m a Real Madrid player, I like being in Real and for now I see my future only there.”

Modric is currently in his eighth season at Real Madrid and in that time has won La Liga once, while claiming four Champions League winners’ medals.

The former Tottenham man also played a starring role at the 2018 World Cup, when he led Croatia to a runners-up place, in the same year he ended Lionel Messi and Cristiano Ronaldo’s dominance over the Ballon d’Or.

However, at 34, there have been suggestions that Modric’s performances are on the decline and he has started just three league matches this campaign.

Despite an indifferent start to the season, Real Madrid are second in the table, level on points with first-place Barcelona.

In the Champions League, Real’s fortunes have also take an upturn after winning just one of their first three group games. However, a 6-0 victory in the most recent outing against Galatasaray means Zinedine Zidane’s men are five points clear of third-place Club Brugge, meaning they look set to qualify for the knockout rounds.