Arsene Wenger says he would be “happy” to speak to Freddie Ljungberg during his time as Arsenal interim head coach. 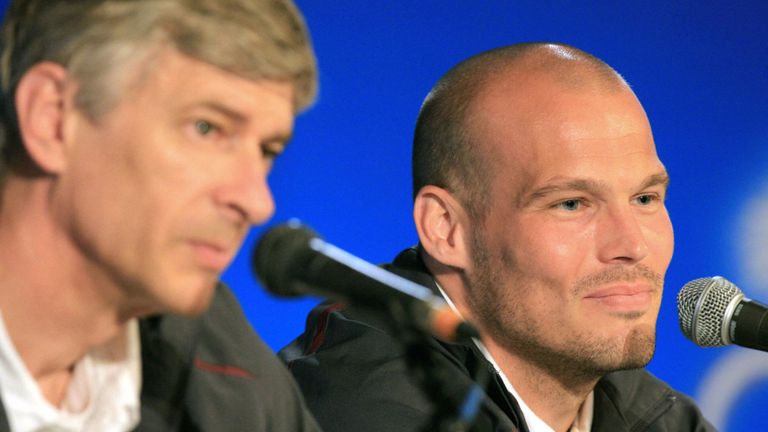 Ljungberg’s first game in charge of Arsenal was a 2-2 draw against Norwich on Saturday, as they came from behind twice at Carrow Road.

Ljungberg insists speaking to Wenger – who coached him during his time in north London – is among the things he plans to do, and Wenger says he would be happy to give him advice.

“I’m always happy to help my former players and my former club,” the Frenchman told Sky Sports News. “If he has that need then of course I will be available.

“My heart is with the club and I want them to do well. Freddie is fantastically committed. He wanted this job for a long time. He has an opportunity. Let’s get him to work with his ideas and support him.”

Ljungberg played under Wenger for eight of those years, winning two league titles himself, and said he would welcome Wenger’s guidance, telling a press conference earlier in the day: “I really would like to speak to [Wenger]. I haven’t spoken to him, it’s been a bit hectic, but that’s on my list.”

The Swede says he is also planning on getting advice from compatriot Sven-Goran Eriksson.

Along with his job as England manager, Eriksson worked in the UK with both Manchester City and Leicester, and Ljungberg says the experienced coach is another person he is keen on consulting.

“Sven is very intelligent. I spoke to him a lot when he was the manager of England because he was normally watching our games,” said Ljungberg.

“I’ve seen stories in the past about how he treated players and made them feel good, so I’ve stolen a few of those ideas. He’s a great coach and I hope I’ll speak to him soon.”