Arsenal will take part in their first European final in over a decade, but former manager Arsene Wenger won’t be in attendance to see how Unai Emery’s side get on against Chelsea.

Instead the Frenchman will be at the Wanda Metropolitano Stadium to watch the Gunners’ bitter rivals Tottenham Hotspur face Liverpool in the Champions League final three days later.

The legendary Frenchman has prior commitments and in true Wenger style he has no plans to break his promise.

“How will I watch it [the Europa League final]? On television,” he told talkSPORT. “I will not be in Baku because I have commitments that I accepted and I will have to respect that.

“So I will watch it on television and I will be in Madrid for the big final.”

It’s been a full year since Wenger said goodbye to English football following over two decades in charge of the north London outfit and has revealed what he has learnt during his time off.

“I have enjoyed it a lot. I do different things, with less intensity,” he told football.london. “But I have a better perspective of what is going on.

“I see the mistakes managers make and I don’t pay the price for it.”

Wenger is not the only who won’t be in Baku for the final as it was revealed earlier in the week that Arsenal midfielder Henrikh Mhkitaryan has opted against travelling due to fears regarding his safety. 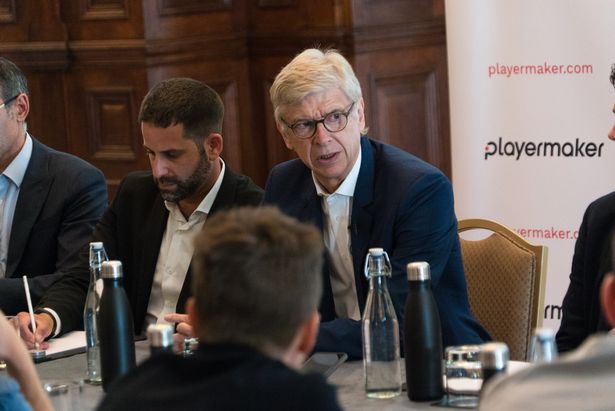 The 30-year-old wasn’t available for the Gunners when they faced Qarabag in the group phase earlier in the season and this was due to the fact that Azerbaijan have banned Armenians from entering the country over tensions between the bordering rivals.

Seven Days To Go: No phone for Joshua ahead Ruiz fight