3SC keeper who collapsed, happy to be alive

Shooting Stars Sports Club (3SC) goalkeeper, Kazeem Yekeen is grateful to God for sparring his life after passing out during their 2-0 victory over Spartan FC in the Nigeria National League week 10 game at the Lekan Salami Stadium, Adamasingba in Ibadan, last weekend.
The former Kwara United goaltender, collided with a Spartan player, passed out and had to be revived immediately on the spot before being taken to the hospital. He was later discharged and had since joined his colleagues in camp ahead of their rescheduled NNL week 8 fixture away to Abia Comets FC. 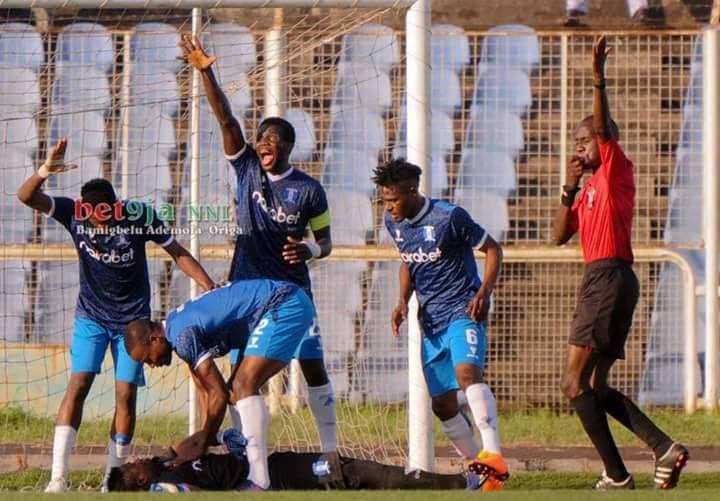 While narrating his experience in his first official reaction to the scary incident with 3SC media, Yekeen said, “I wanted to cut the ball after the pass across but I clashed my forehead with his(opponent) knee and everything went blank”.

The former Niger Tornadoes goal tender further reveals that he never knew the extent of the incident when he came back alive.
“But after I was revived the question was ‘had the game ended and the final score line? It was then they narrated what happened to me and how the whole crowd at the Stadium reacted”.
“I thank God we won and I survived. I also appreciate the fans, team mates, and Spartan for their concern and prayers”, Yekeen concluded.
Loading...
Lekan Salami StadiumNigeria National League week 10Shooting StarsSpartan FC

NFF Elections: I have unfinished business–Akinwunmi