Algeria Head Coach, Djamel Belmadi has made it clear that his wards are aiming for the trophy and would like to pay Nigeria back for one after stopping Algeria from the reaching the 2018 FIFA World Cup finals. 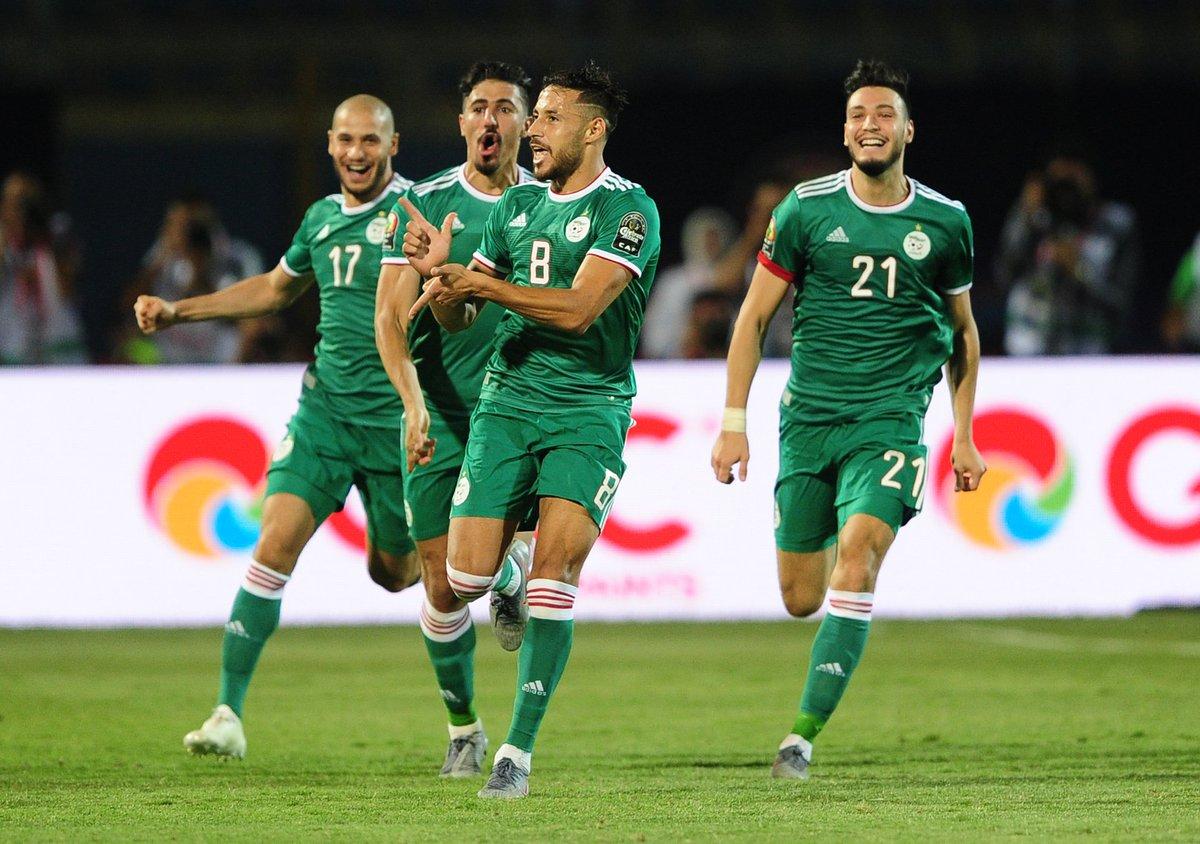 Nigeria and Algeria will clash for the 21st time at senior men’s level on Sunday night in an AFCON 2019 semi final encounter that promises lots of fireworks at the Cairo International Stadium.

Previous encounters between the Eagles and the Desert Foxes have always provided tremendous sparks, and the nature and balance of the rivalry is reflected in the record which shows that Nigeria has won eight of the previous encounters while Algeria had won seven, with five drawn.

After Nigeria swept to Africa Cup of Nations glory on the back of a 3-0 lashing of the Foxes in Lagos in 1980, the Foxes got their pound of flesh by not only stopping Nigeria from reaching the 1982 World Cup, beating the Eagles home and away for their first –ever FIFA World Cup ticket, but also edging Nigeria 2-1 in a group phase match at the 1982 Africa Cup of Nations in Libya.

At the 1984 and 1988 Africa Cup of Nations, their matches were drawn, though the Eagles prevailed on penalty shoot-out in the latter as it was a semi final match and a winner had to emerge.

Nigeria also stopped Algeria reaching the Men’s Football Tournament of the 1988 Olympics, beating the North Africans 2-0 in Enugu after a lone goal reverse in Annaba, for a 2-1 aggregate win.

In 1990, Algeria hosted the AFCON and opened with a 5-1 spanking of Nigeria, before again pipping Nigeria by the odd goal in the final match. Three years later, Nigeria would stop Algeria qualifying for the World Cup, beating the Foxes 4-1 in Lagos and drawing 1-1 in Algiers for their own first –ever FIFA World Cup ticket.

At the 2002 AFCON in Mali, Nigeria pipped Algeria 1-0 in a group phase match, and it was the same scoreline eight years later at the AFCON hosted by Angola, with victory this time earning Nigeria the bronze medals.

Most recently, in 2017, Nigeria stopped Algeria from qualifying for the FIFA World Cup, as they bashed the Foxes 3-1 in Uyo and tied the second leg in Constantine 1-1 before FIFA awarded the match to Algeria after the Eagles fielded ineligible defender Abdullahi Shehu.

Both teams have secured their best wins over each other on Algerian soil. Algeria’s 5-1 win over Nigeria was in Algiers, in the opening match of the 17th Africa Cup of Nations. Nigeria’s 5-2 win over Algeria was in Oran, in a 2006 FIFA World Cup qualifying match.

At the ongoing 32nd Africa Cup of Nations, the Desert Foxes have emerged as perhaps the best organized team, tactically aware and disciplined in their approach, with swift counter-attacking competence, and have beaten Africa’s number one –ranked team Senegal, Guinea and Cote d’Ivoire among others.

The Super Eagles have been very matured in their approach, keeping their feet on the ground, cautious but able to smell opportunities to strike and able to swing games in their favour even towards the end. This approach has accounted for Guinea, Cup holders Cameroon and South Africa, and also Burundi.

On his part, Coach Gernot Rohr says defeat by Madagascar has rudely awakened his Eagles to the approach they must adopt to win each game, by not under-rating any team, and he believes the same will be deployed against the Foxes on Sunday night.

The winner on Sunday night will proceed to the Final match of the biggest –ever Africa Cup of Nations championship, billed for the Cairo International Stadium on the night of Friday, 19th July, against the winner of the first semi final between Senegal and Tunisia. The Lions of Teranga and the Carthage Eagles clash at the 30 June Stadium in Cairo also on Sunday.