Amr Fahmy, who was removed as General Secretary of the Confederation of African Football (CAF) in April, has entered the race to be the governing body’s next president. 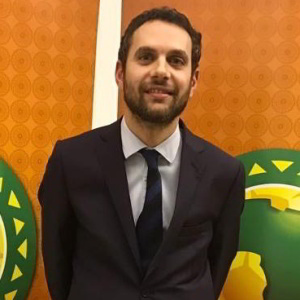 His announcement comes despite the next elections for the top position, currently held by Ahmad, are set for 2021.

“I will start my campaign by visiting Sudan and Ethiopia in February, I am beginning in those two countries because they along with Egypt were the first three members of Caf,” he told BBC Sport.

“My grandfather Mourad Fahmy was one of the founding members of the Caf and he was general secretary just like my father was too.

“They served African football and it’s my time to do the same but this time from the president’s chair.

“My campaign will focus on pro-Africa, pro-football and anti-corruption.”

He was appointed in November 2017 and then he was replaced by Moroccan Hajji Mouad in April, without Caf officially explaining why the Egyptian was dismissed.

Mourad was replaced by his son Mustapha, who held the post until 2010 before being appointed as the director of competitions at FIFA.