Special Adviser on Media and Publicity to the President, Mr Femi Adesina has once again reiterated his support for the foremost and oldest football club in South-West Nigeria, the Oluyole Warriors, also known as Shooting Stars. 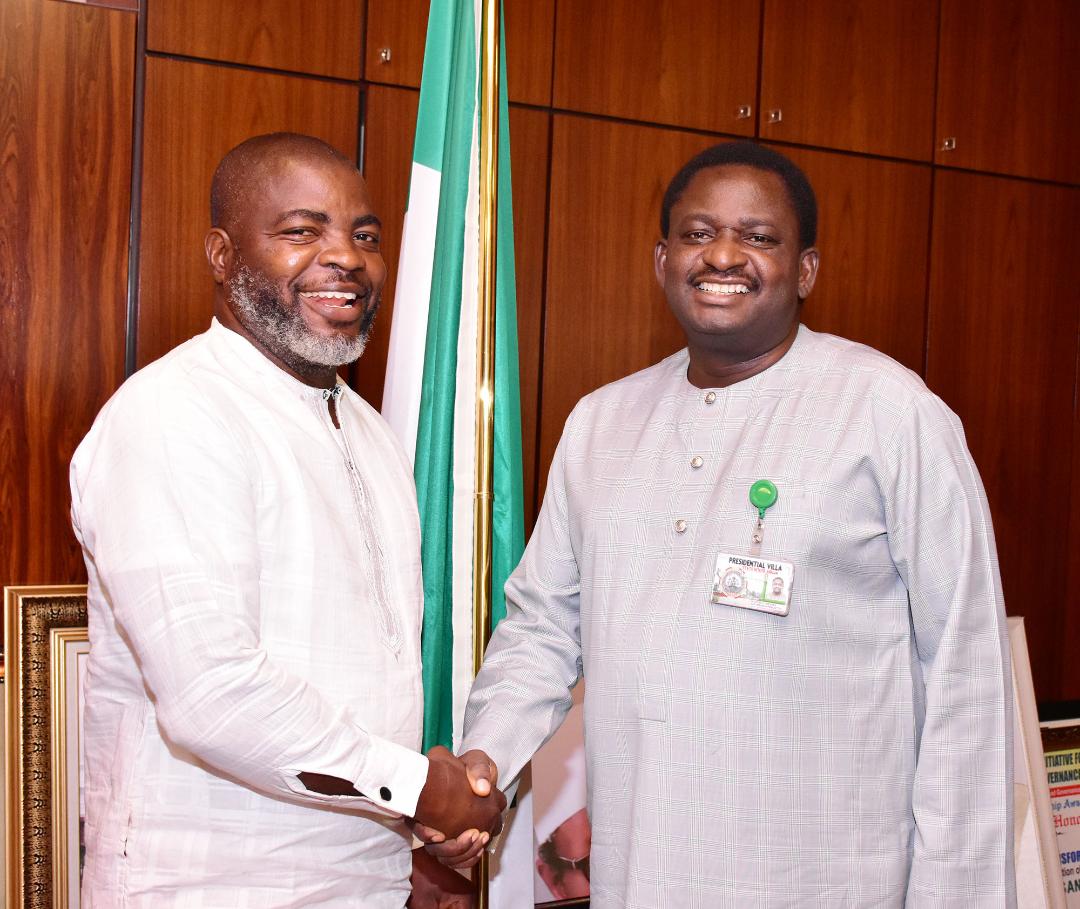 The diehard Shooting Stars supporter said this during a courtesy visit by Mr Ayo Ademokoya, the CEO of a foremost media company, and Marketing Consultant, Aroka Media Network, Wednesday to the seat of Government of Nigeria, Aso Rock where they brainstormed on various issues before talking about the present state of Shooting stars FC

Adesina, with nostalgia, recalled how he fell in love with Shooting stars and the role people like Late Joseph Ladipo, Muda Lawal and co played in his life, making sure that he developed an eternal interest in football and ‘Sutin’ to be specific…

“It was in 1976 during the preparation for the Winners Cup Competition, which Shooting Stars eventually won, that my romance with the club actually started,” Adesina recalls.

“I was a boy back then, when the entire crew camped at a hotel owned by my mother at Ipetumodu, now in Osun State, from while they trained at the University of Ife football field.

“I had the privilege of rubbing shoulders with Stars like Muda Lawal, Segun Odegbami ,Sam Ojebode, Sam Ashanti to mention but few. In fact, Coach Jossy lad bought me a Felele ball or the popular “boolu eledo” which I cherished so much back then

“It’s just unfortunate that the club isn’t what it used to be and I can assure you of my support for the club any day any time if it’s within my capacity.”

In his response, Ademokoya thanked Mr. Adesina for hosting him in his office and assured him that Shooting stars will bounce back to reckoning.

“I’m in constant touch with the team and I can assure that the team will bounce back into the reckoning this season
“The General Manager, Mr Rasheed Balogun has made it his topmost priority to return the club back to the elite status they ought to be..

“I can also authoritatively tell you that Governor Seyi Makinde, the Executive Governor of Oyo State isn’t joking with the welfare of the team as he has recently increased their monthly subvention back to N20million.

“The team is formidable and the technical crew knows what is at stake and I know I’ll come back to give you the good news of a return to glory of your darling club even before the end of the second term tenure of the administration of President Mohammed Buhari.

“It’s even possible to bring the NPFL league cup here to Aso Rock and even win the elusive Champion league the team lost twice at the finals, “ Ademokoya assured.

Valverde back in the spotlight a month after fired by Barcelona