By Our reporter On Mar 9, 2020 0
Man Utd hit by coronavirus outbreak

Manchester United are leaving no stone unturned as they look for a shirt sponsor to replace Chevrolet at the end of next season. 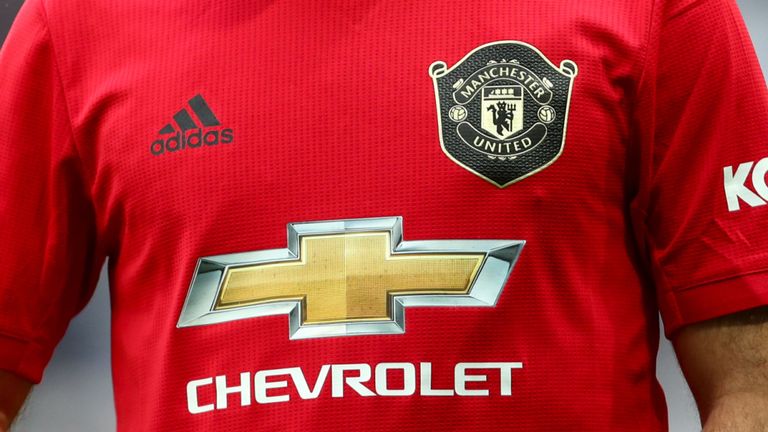 The US car manufacturer signed a deal worth £450m with the Red Devils in 2014 but are reportedly unwilling to sign an extension on the current deal, which ends in 2021.

United’s poor performances on the pitch over the last six years and lack of success – relative to their lofty standards – coupled with Chevrolet’s parent company General Motors feeling they overpaid for the partnership have all contributed to the car company’s time as sponsor coming to an end.

In fact, then-global marketing chief at GM Joel Ewanick left the company shortly after negotiating the deal in 2012, with a spokesman saying that he had “failed to meet the expectations the company has of an employee”.

The Old Trafford club are sending replicas of their home kit to potential suitors with their branding printed on the front, according to the Daily Mail .

Sending prototype shirts is becoming common practice amongst Premier League clubs as they look to obtain lucrative sponsorship deals, and United’s is already the most expensive in the country.

The current Chevrolet deal is worth £64m per season, far higher than nearest rivals Manchester City , who earn £45m per campaign from Etihad.

The Red Devils’ global appeal and marketability make them an attractive target for sponsors and many top brands are said to be swooping.

Forbes ranks United as the third most valuable football club in the world, after Real Madrid and Barcelona , valuing them at £3.808bn.

Read Also:Man Utd to go all out for Sancho, despite interest in Chelsea rebel

The new sponsor will likely take it’s place on the front of the shirt with Kohler on the sleeve after the US manufacturing company were unveiled as United’s first ever sleeve sponsor in 2018 in a deal worth up to £20m per season.