Lionel Messi has been crowned the 2019 Ballon d’Or winner in the men’s category at a well-attended ceremony in France, Paris. 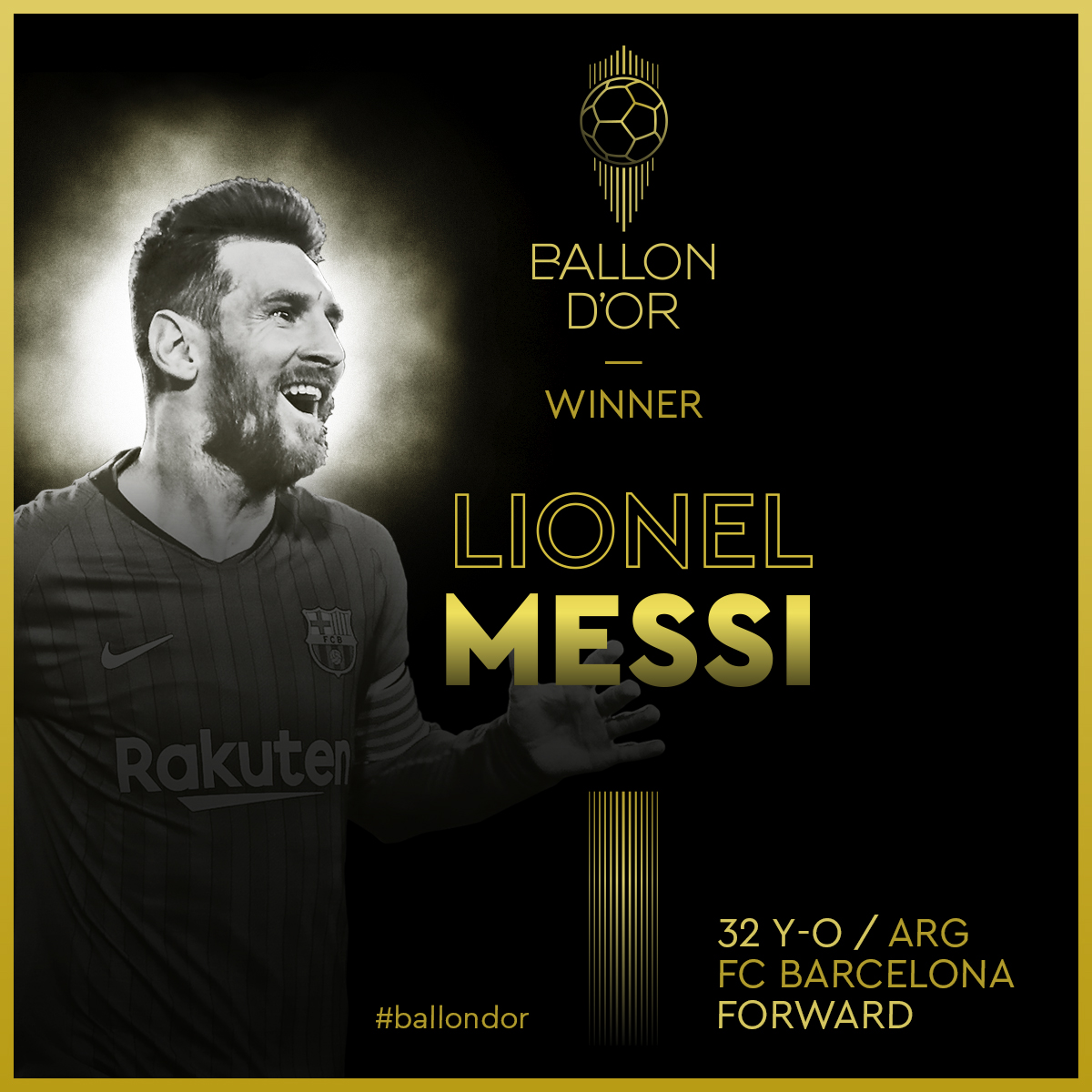 The Barcelona star floored Virgil van Dijk who came second, Cristiano Ronaldo and Sadio Mane to win the award for the sixth time.

Last year’s winner Luka Modric presented the award to the 32-year-old.
Messi who attended the award with his family last won the award in 2015.