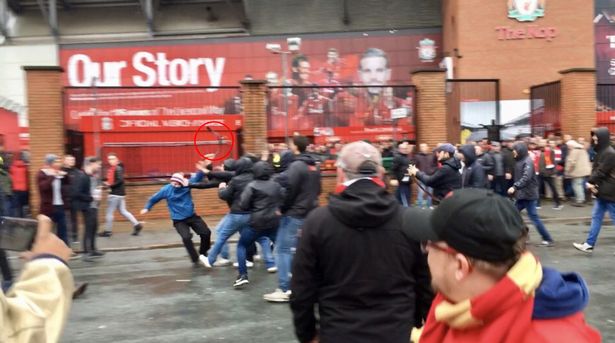 AS Roma will donate 150,000 euros (about 132,870 pounds) towards the medical and rehabilitation costs of a Liverpool fan, who was injured in an attack outside Anfield in April.

The 53-year-old Sean Cox, from Ireland, suffered a brain injury in the incident, which took place before the 2017/2018 UEFA Champions League semi-final first-leg match between Liverpool and Roma.

The Italian club announced that they would donate 100,000 euros through their Roma Cares foundation, while their president Jim Pallotta would make a personal donation of 50,000 euros.

The Serie A club have also agreed to work with Cox’s wife Martina on further fund-raising initiatives to help cover the ongoing costs of his recovery.

“What happened to Sean Cox should never happen to anyone attending a football match,” Pallotta told the club website.

“Our thoughts today, as they have been from day one, are with Sean, Martina and their whole family. We all hope Sean makes as full a recovery as possible.”

Zidane: Hazard is frustrated about his injury

Zidane: Hazard is frustrated about his injury