Why I rejected $50m offer to fight Wilder at Wembley – Joshua

Anthony Joshua has explained why he and Deontay Wilder did not fight this summer at Wembley Stadium.

The unbeaten unified heavyweight champion of the world instead fought Alexander Povetkin in September, dispatching the Russian with a clinical performance. 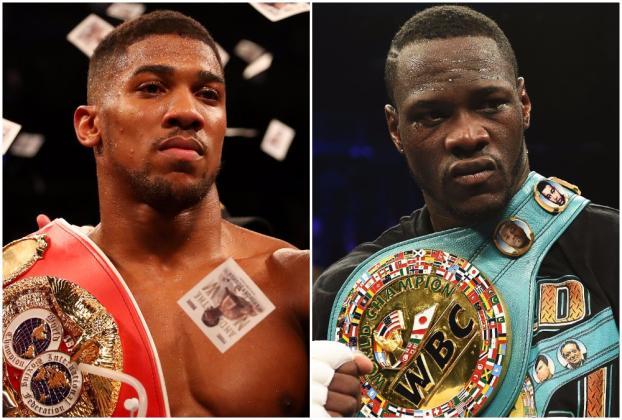 However, a fight with Wilder was reportedly in the works for the same date for the chance for there to be an undisputed heavyweight champion for the first time since Lennox Lewis 18 years ago.

While both heavyweights insisted they wanted the fight, a deal was never reached with insults being traded by promoters Eddie Hearn and Shelley Finkel in the aftermath.

However, speaking to Kugan Cassius for iFL TV, Joshua revealed the initial deal was never as simple as it was being made out by the American’s team.

He said: “It’s the first time I’ve ever really had issues on the financial side with a fighter.

“So, let’s say that fifty million we talked about. Listen, it’s a hell of a lot of money and it was an honour to even have that number thrown at me!

“But then when you dissected it and what it actually it was, it was kind of like a rights fee – ‘We own you for this amount of money’.

“The issue I had was that I’ve got long-standing contracts in place with certain partnerships. So you may put that money forward and think that you own me 100% but you may only own 50% so that makes their 50% worth 25%.

“So when you start getting into the intricacies of a contract and what the real value is, that’s when that starts taking place.

“So the $50m was unbelievable, it’s a great number, but there are things in place that don’t make that $50m worth it to the person paying it.”

Wilder is expected to fight Tyson Fury in a rematch in 2019 after the WBC sanctioned a second bout between the pair.

As it stands, Joshua could be set to face Dillian Whyte in a rematch on April 13 at Wembley next year, a fight ‘AJ’ himself refused to rule out.

“Dillian Whyte is a good fighter,” he added. “And if there is anyone I want to fight – especially break bread with in terms of internationally – he deserves it.”