Leroy Sane has officially joined Bayern Munich on a five year deal, with the club announcing the move in a press release on Friday morning. 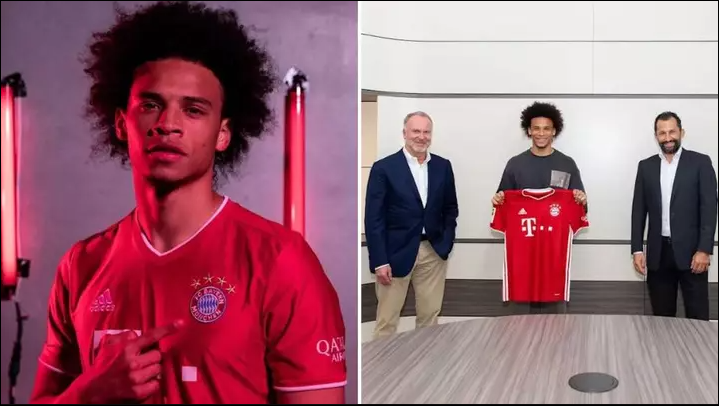 Pep Guardiola confirmed just two weeks ago that the German winger would be leaving Manchester City before his deal expired next summer and it was reported last week that the club and Bayern Munich had agreed a deal.

On Friday the Bundesliga champions confirmed the news with a statement on their website. “FC Bayern Munich have signed Leroy Sané from Manchester City, the Germany international’s club since 2016,” the statement said.

“The 24-year-old has put his name to a five-year contract until 30 June 2025 and will start preparing for the upcoming season in Munich next week.”

Welcome to the #FCBayern family, Leroy! 🤩

Bayern are reportedly paying City £44.7 million up front for the 24-year-old and the fee could reach up to £55 million based on performance and trophy related add-ons.

With Sane having just one year left on his deal at the Etihad Stadium the deal suits all parties with Bayern getting an excellent player at a reduced cost, City getting decent money for a player who could have moved for free in a year and the player getting his preferred move.

Bayern were linked with Sane, who had a big contribution to both Pep Guardiola’s title wins in the past two seasons, last summer but an ACL injury in the Community Shield ended any hopes of them signing him.

He was ruled out with the injury for virtually the rest of the season and only returned to action as a substitute in the game against Burnley last month.

On joining the German champions, where the former Schalke player is expected to double his wages to around £350,000-a-week, Sane said, “FC Bayern is a great club with big goals – and these goals suit me as well. I’m looking forward to the new challenge and can’t wait to train with the team.

“I know Hansi Flick from the U21 national team, we had a very good relationship there. I want to win as many trophies as possible with FC Bayern, and the Champions League is the top priority.”

With an attacking force that includes Robert Lewandowski, Thomas Muller, Serge Gnabry, Kingsley Coman, and now Sane, it’s hard to see anyone stopping Bayern in Germany, or possibly even Europe.